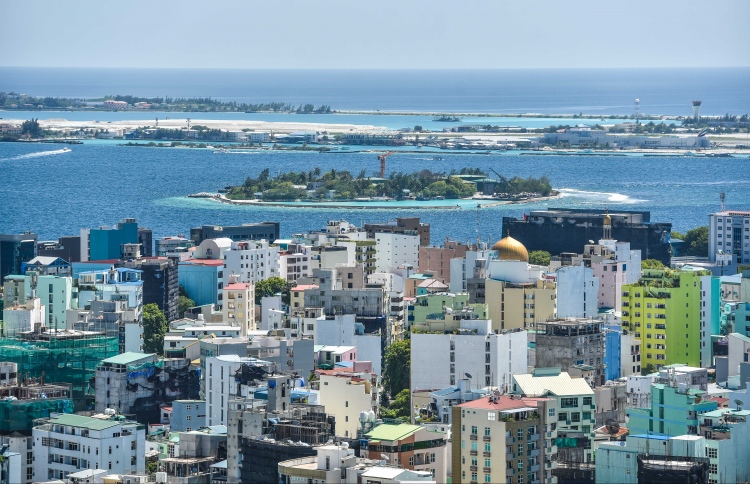 The original Dhivehi article was published on Mihaaru.com website on 26th January 2018.

For some, it is stirring fitna. However, those who are talking about it has no care. For them comparing Malé and the rest of the country is an undeniable reality.

The first time when I met Fathimath Shaira in 2014, she was the leader amongst the youth that was advocating the rights of Raajjethere (people coming from the rest of the country, except Malé) on social media. At that time they were talking about an old story that whoever had a permanent address Raajjethere, already knew about. However, over the past 3 years, with the ongoing activism, the blossoming Raajjethere movement is also a new beginning.

If there was any youth who was embarrassed to be born as a Raajjethere citizen, at some point described as ‘5.8 grams less’ second-class citizens, will be no more now. The word ‘Raajjethere‘ used in a pejorative way to belittle, had become something to be proud of and a term to take ownership of. Many took part in human rights brainstorming sessions and openly expressed their opinions. It wasn’t just the likes of ‘Raffushu’ (referred to as uncivilised people from other islands) people like Shaira only. Even those people who call Malé their homes too. That was one big change. The other new development was it revealed that there are more people than previously thought, who don’t want to listen to such talks. However, for Shaira, it showed more than the common feelings of a person.

The calls and criticisms are hailed on social media in the name of Raajjethere people, sometimes take the form of heated arguments and also small word battles. Eventually, normal conversation prevails. That is the extent of discourse at times. On Facebook pages, Twitter feeds and also on blogs. It can be said from the surface of the social media that under the main topic, side headline gets written, and amidst these many words written daily, unrelated topic calls and activities do get dragged and overlapped under Raajjethere movements ideals. However, the debate hasn’t yet surpassed beyond the internet. Hence, the question arises, has the time come? 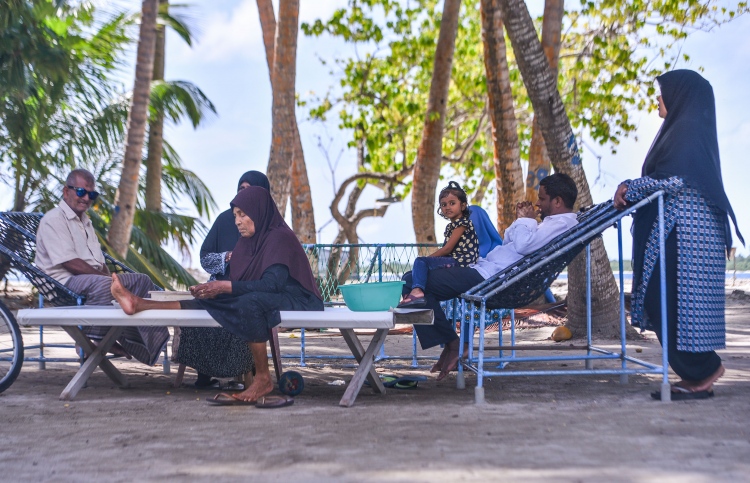 Based on the anonymous responses to the discussions of people like Shaira, expressing concern of the revenge game that it might unleash, it is very clear that it is, in fact, a very delicate subject matter. It has a long-standing history, problems and emotions. Perhaps it is the greatest challenge to face by the Raajjethere movement. That their initial cause gets mixed up in amongst it all.

So what is the cause?

According to Shaira’s words, just two words, social justice. She believes that there is nothing to get confused about Raajjethere movement. On the contrary, some are trying to ‘mislead’ their call.

‘When we say social justice, there are those who twist it and makes it appear as something disruptive and of something between Malé and Raajjethere people,’ she said.

‘Those who twist it aren’t necessarily people from Malé. They just want to make it a taboo subject. As it bothers them when this subject surfaces. They don’t want to allow the talk of inequality between the rich and the poor citizens of the Maldives.’

It appears that similar vocabulary is used across different sides of the sphere of the social media to advocate for social justice. Considering the world experience, recently in places like the US, following different movements, interpretations and ideologies became popular. The talk about widening the gap between the rich and the poor, of the wealthy ‘elitists’ and capitalism as ‘epidemic’. About ‘living wage’. Descriptions like ‘Malé privileged’ stories. Calling for regional development and a federal system. But Shaira also believes that surrounding all these there is only just one topic.

Heart of the problem: Malé’s rent

Although it is a social justice or Raajjethere issue, in this discussion the most common and the most disagreements are present where the talk is about Raajjethere people who are forced to move to Malé and about Malé’s rent. However, Shaira noted that the issue of rent is raised due to a major reason.

‘Malé is divided into rent payers and rent receivers. In the issue of inequality (the difference between the rich and the poor), the rent plays a key role. It is something that affects everyone directly and indirectly. A person’s productivity, opportunities to education, healthcare and everything else too,’ She explained why Malé’s rent is mentioned.

‘The reason why the center of the talk is Malé and elsewhere since people are forced to move to Malé, due to centralization and leading to congestion in the capital city Malé, resulting in urban poverty. However, there are no official statistics to find out if the real poor people are the Malé born or those who migrated from elsewhere.’

Poverty is on the rise on the heavily congested Malé city, where 63,000 people per sqft lives

Shaira also believes that it isn’t just those who have migrated from elsewhere of the Maldives, who live in poor conditions. But according to her, Raajjethere people’s living situation need not be used as a comparison too.

‘Looking at healthcare, education and job opportunities, the Raajjethere people are always in struggle, since the elitists try to keep it that way. That is one reason why they don’t want to lower Malé’s rent,’ she said.

Perhaps the problem does not lay with the Malé born and Raajjethere people. Perhaps the two sides should stop looking at both as enemies and instead both sides need to believe that there is a common ‘enemy’. Perhaps everyone’s aim should be, like Shaira says, ‘to get away from those who are entrapping them’. But who are these people? Are they political leaders? The wealthy people? Or those who are hiding behind the curtain?

Shaira is sure about one thing.

‘In a place where the government and the wealthy is mixed up, the policies will heavily lean more towards making a profit for companies, rather than protecting the rights of the public. I believe that even when we talk about this we don’t have to think about setting the tone that pleases the rich people. We don’t have to discuss inequality in the terms of the rich people, to please them. We are not here because some got rich and we are concerned about that. We are concerned here about the rich and elite group’s influence over our commoner’s lives through the policies.’

With that spirit, she built her story, in rejecting an economic theory. Shaira says that although the textbook says that when the wealthy are enabled to get richer, it will benefit the rest of the society, the ‘trickle down economics is only a myth’. 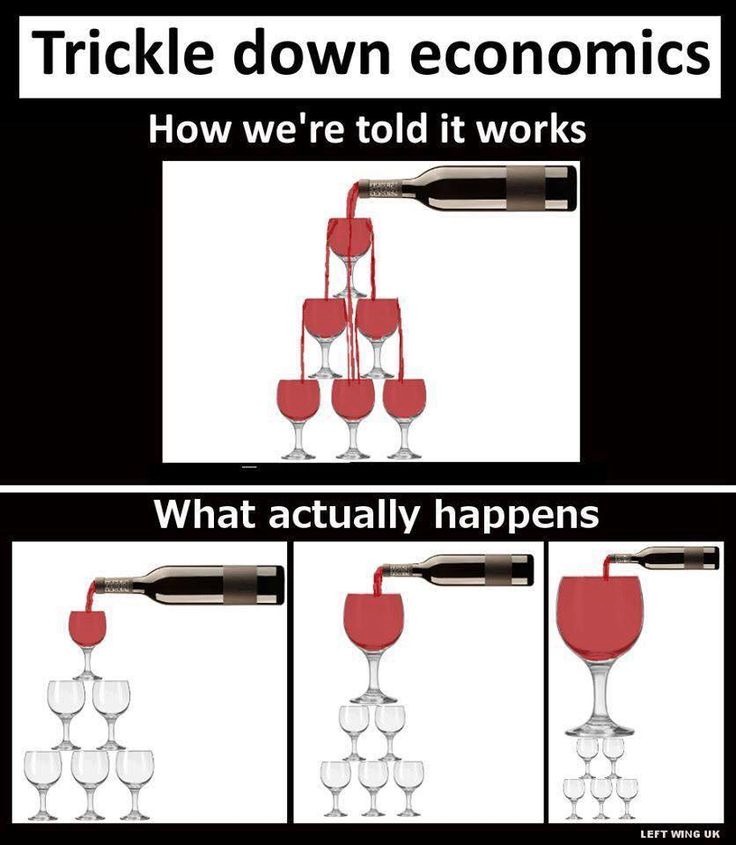 ‘According to a theory in economic textbooks, when the top glass is full, it would trickle down to the glasses below. However, that isn’t how it happens,’ Shaira said.

‘The top glasses won’t ever fill. Before it gets filled they ensure that there is a bigger vessel to capture the spill through policy, it is the culture of the wealthy people to influence over in shaping up policies. They call that profit maximisation.’

It means that she noted that the wealthy do whatever they want without a care for human dignity. She said that ‘the profit maximisation shouldn’t be allowed to happen, in a manner that others have to pay for it.’

‘Not declaring the living wage (the minimum income necessary for a worker to meet their basic needs) is also such an example. Especially looking at the tourism industry, everyone would think it is an industry where Maldivians have a lot of opportunities. However, the total number of Maldivians in the tourism sector is lesser compared to the amount in civil service,’ Shaira noted.

Simultaneously she believes that although the government talks about providing social protection to ensure citizens do not fall into poverty ‘those safety nets catches the citizen while they are falling or after they fall.’

‘Compared to the number of taxes taken from the citizens, the social protection doors are extremely narrow. With the tax system, it doesn’t bring any enhancement to an individual’s life,’ said Shaira.

From all this one thing is clear, there are a lot of issues to be addressed. When a government that wants all its citizen to be congregated in Malé area is in power, the debate gets heated even more. However, will this debate break the social media’s perimeter and become a national debate?

In the Raajjethere movement, in 2014, a petition was prepared to be submitted to the government ‘calling to stop the congregation of Raajjethere people to Malé city and the sacrifice of regional development.’ For some reason, it failed. ‘Is regional development about just developing the greater Malé area? In the paper that questioned and called for regional development, mentioning the reasons, the first proposal was ‘to hold national level debates by including people of all classes and categories on land reclamation and relocation of people.’

Has the time come to change the course of Raajjethere movement to that route? Can in those meetings, feelings and opinions openly be expressed in a systematic way? And who would conduct it?

Shaira believes that for this ‘layered’ problems ‘reform should come to the layers’. She says that ‘due to many people’s concern, everyone is working towards getting out of this ‘environment’ and conceive a political platform which represents the people.’ However, Shaira has nothing to say about the future of the debate. As she doesn’t believe that the next step isn’t in the hands of the social media warriors.

‘The next step must come from the public. Not from me or from a small group of advocates like us,’ said Shaira.