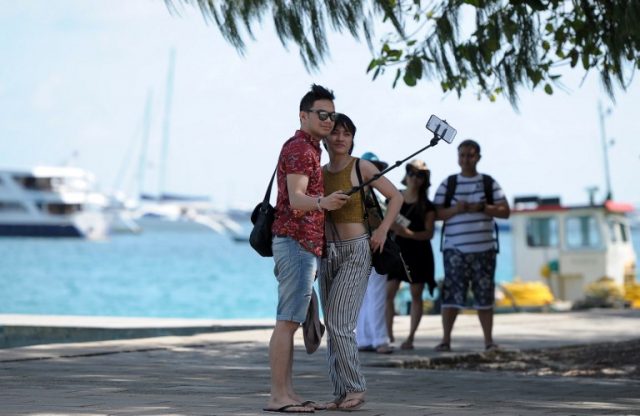 The statistics revealed by the NBS last Saturday, indicates the real GDP for (First Quarter) Q1 2020 has been estimated at a value of MVR 18.6 billion, compared to the MVR 19.8 billion in Q1 2019.

The decline in QGDP has been attributed to the negative contribution to growth from the tourism sector, construction sector, and the wholesale and retail sector.

Growth in the tourism sector has declined by -2.7 per cent, construction industry by -1.4 per cent, and the wholesale and retail sector by -1.0 per cent in the first quarter of this year.

The decline in GVA has been attributed to the decrease in tourist bed-night in Q1, which dropped by 0.15 million compared to Q4 2019.26.5 per cent of the Real GDP in Q1 2020 was contributed by the tourism sector, while the communications and transport sector shared 13.4 per cent, and the public administration sector shared 8.7 per cent.