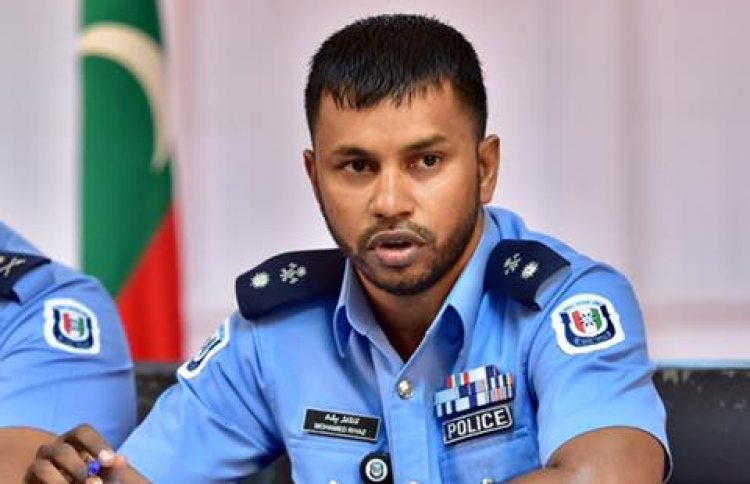 Mihaaru is aware that Riyaz was dismissed four days ago.

Riyaz, who is currently on leave, was not immediately informed of the police’s decision, sources claim.

However, he was summoned to the police’s disciplinary board for questioning.

Police stated that internal disciplinary reports to are not disclosed to the media. Therefore, the grounds for Riyaz’s dismissal were not revealed.

Credible sources also informed Mihaaru that the disciplinary board is looking in to several high-ranking police officers, and that some of these officers are currently on leave or abroad.

Riyaz had led the investigations on several high profile cases, and is a familiar face to the media as he often corresponds with the press in revealing information about such cases.

His dismissal comes months after he was moved to the police commissioner’s bureau.