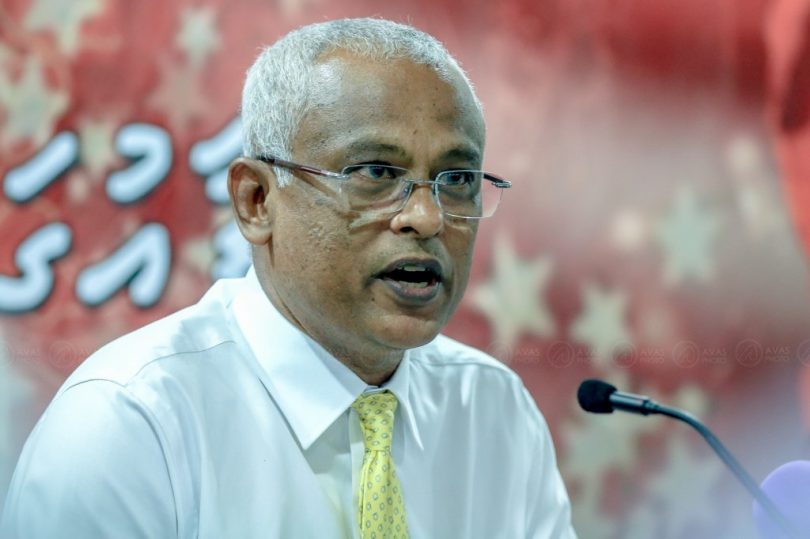 The Maldives opposition alliance on Monday, kicked-off discussions to pick a single candidate for the upcoming presidential elections.

The parties had appointed representatives for the crunch discussions and held the first sit-down on Monday.

The Hinnavaru MP expressed confidence that the alliance would be able to agree on a single candidate.

“If you look at the terms, there doesn’t seem to be anything which the parties cannot agree on,” Solih said.