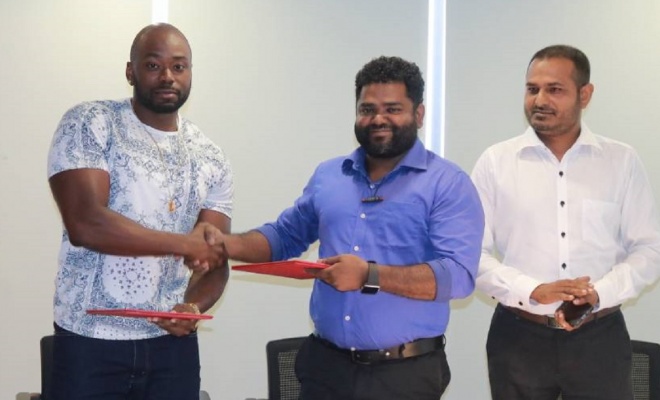 According to M.I.R, this venture will be developed as an integrated resort development project. M.I.R founder Ahmed Shafee said that the resort will comprise of a world-class recording studio, underwater rooms and various luxury amenities and services. This project which will be developed based on an entirely new concept is estimated to start in mid-2018.

Shafee said that this deal with Atlantic Resorts was made with the aim of marketing Maldives to foreign artists and that it would prove as a good opportunity to promote the Maldives. He also highlighted the tourism promotion efforts by the government of Maldives and added that M.I.R will support the efforts.

Agreement between Maldives Island Realty and Atlantic Records was signed by Vice President of Atlantic Records, Mr Brian St. John and founder of M.I.R Mr Ahmed Shafee. During the signing, Mr Brian shared about his experience of the beauty and hospitality of Maldives.