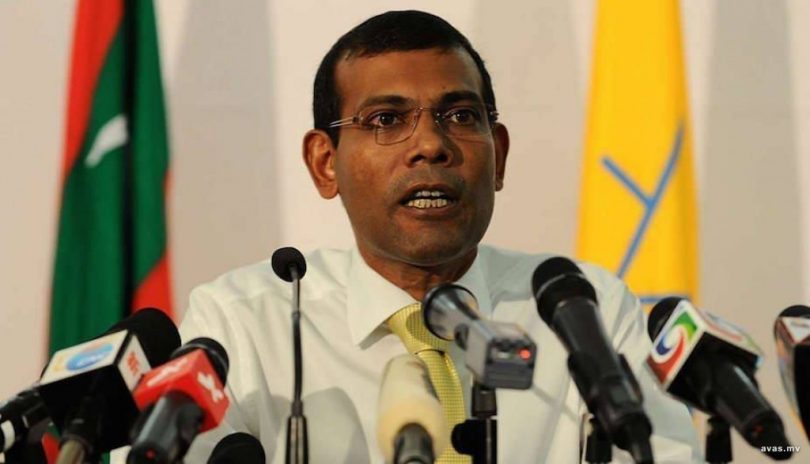 Self-exiled former president Mohamed Nasheed on Monday aimed a fresh dig at growing Chinese influence in the Maldives, accusing the global superpower of land grab in the archipelago.

Speaking to reporters in neighbouring Sri Lanka, Nasheed who was convicted of contentious terrorism charges reiterated that China’s growing influence in the Maldives threatens the peace and stability in the entire region.

Nasheed who now lives in self-imposed exile in the UK after he was allowed to leave to Britain on medical leave in an internationally brokered deal, has frequently used Colombo as his hub to meet party officials and host media briefings.

Concerns that the Maldives would fall into a debt trap like Sri Lanka were further fueled after the island nation signed its first bilateral free trade agreement with China late last year.

The contentious agreement was signed after the official talks between president Yameen and his Chinese counterpart Xi Jinping during the former’s first state visit to the global superpower in December last year.

Nasheed described the FTA, special economic zones and the constitutional amendment to allow freehold land in the Maldives as “drivers” which enables land grab.

“In land grab we have drivers who drive towards this land grab. Unfortunately, we have an autocratic government willing to facilitate the land grab,” he added.

Nasheed further warned that a new Maldives government would be forced to review agreements signed with China.