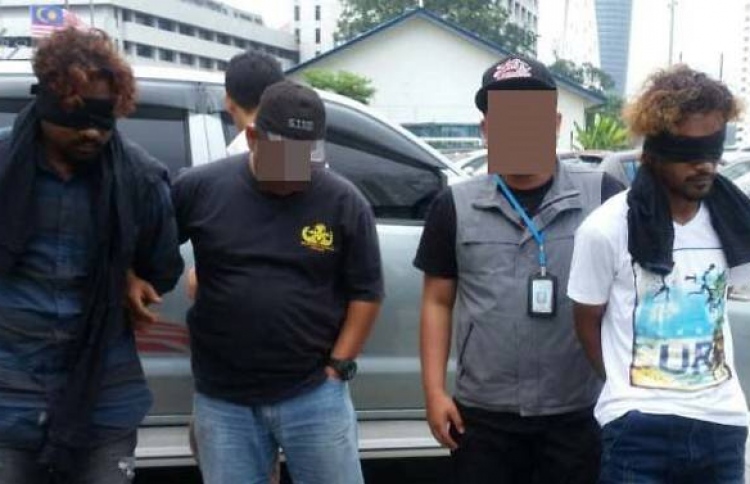 Malaysian police take away some people arrested from a terror ring during a major bust in August 2017.

Two Maldivian nationals, who were apprehended in a major anti-terrorism operation last month in Malaysia, have been extradited to the Maldives.

The 29-year-old and 33-year-old were arrested on August 7 in an operation that was conducted after gathering intelligence on a potential terrorist attack in Malaysia. However, the two Maldivian men were not directly involved in the terrorist activities, and authorities stated that the duo were arrested for using Malaysia and Singapore as a transit point to depart to Syria.

Police spokesperson Ahmed Shifan on Wednesday confirmed that the two men have arrived in the Maldives. However, Police declined to reveal further information due to the nature of the case.

According to Malaysian media, the two individuals were working in Malaysia as maintenance men for air conditioners. While authorities did not reveal their names, some news outlets reported that the men were apprehended from Johor Bahru, the southernmost tip of the Malaysian peninsula, on suspicion of planning a major terrorist attack in the country on August 30. A total of 17 people from different nationalities were arrested in the bust, which included individuals from Bangladesh, Indonesia, Palestine, Philippines and Iraq.

Several locals are already undergoing criminal trials under charges of attempting to fight in the ongoing civil war in Syria. Convictions in such cases carry heavy punishments under Maldivian law.