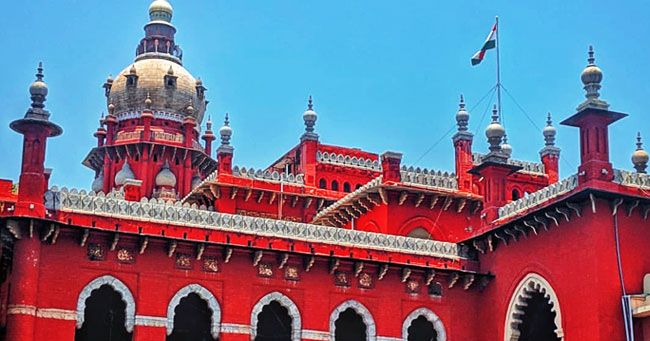 A division bench of the Madras High Court comprising of Justice M. Sathyanarayanan and Justice M. Nirmal Kumar has issued notices on a PIL seeking repatriation of Indian citizens who are stranded in Maldives, due to the nationwide lockdown and suspension of air traffic amid the COVID-19 pandemic.

The petition has been filed by a practicing lawyer belonging to Kanyakumari District, T. Hubertson who has prayed for a direction to the Central Government to “airlift” the willing Indian Migrants from Maldives in order to protect them from the pathological consequences due to spread of COVID-19, at government expenses.

He informed the Court that more than 29,000 Indian migrant workers were stranded in Maldives, without sufficient facilities. “They are languishing in the open Sun and there is every possibility that they may be affected / infected by the pandemic virus,” he submitted.

Inter alia, the Petitioner had sought for a direction to the Government to:

Notices have been issued to Union of India through Ministry of External Affairs, and also to the Indian Foreign Secretary, the Protector of Emigrants and the Commissionerate for Rehabilitation & Welfare of Non Resident Tamils.

Pertinently, the Union of India, represented by Senior Panel Counsel K. Srinivasa Murthy informed the Court that a Special Nodal Officer for Maldives has already been appointed by the Ministry of External Affairs, to coordinate with the concerned officials of Maldives.

The matter will now be taken up on May 12.

It is noteworthy that last month, the Supreme Court disposed of two pleas which sought the evacuation of Indians stranded in the US and in Moldova respectively and left the matter at the Center’s disposal.

A 3-judge Bench comprising of Justices NV Ramana, SK Kaul and BR Gavai decided to leave it to the discretion of the Government to take a call as to when it would be best suited to bring these people back, and refused to interfere.