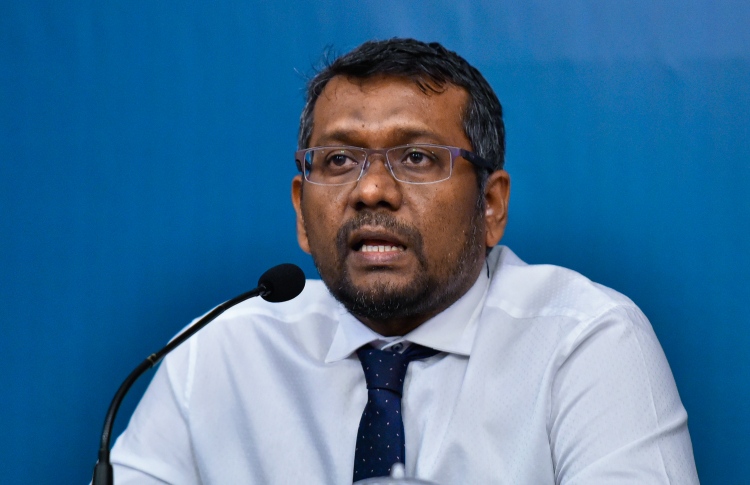 Minister of Economic Development Fayyaz Ismail on Friday, revealed that the state did not possess adequate funds to award stimulus loans or unemployment allowances to all the self-employed citizens in the country that have lost their jobs over to the economic regression brought on by the global COVID-19 pandemic.

The government previously announced the decision to grant an allowance of MVR 5,000 for a period of three months starting from April, for those facing unemployment and severe salary deductions.

The stipend is to be deducted from the government introduced financial stimulus packages worth MVR 2.5 billion, intended to relieve repercussions to the local economy. The government has allocated a portion of the funds as unemployment allowances but a large percentage of the funds will be issued to small and medium enterprises, resorts and large scale businesses through the SME Development Finance Corporation (SDFC) and Bank of Maldives (BML).

Speaking at the Parliament’s Committee on Economic Affairs, Minister Fayyaz noted that discussions over payouts for self-employed Maldivians were causing delays in finalizing the unemployment allowance packages.

“How can we give [money] to the self-employed. At what point do we draw the line?” said Minister Fayyaz.

“Truth be told, we are stuck on that. These are limited funds. If it were unlimited funds, there would be no hesitation in assisting all Maldivians”.

According to the minister, freelancers will not face setbacks in returning to their field of work once lockdown restrictions are lightened.

Fayyaz also acknowledged that a large number of locals are self-employed.

Should the need arise, the minister expressed the need to overdraw, acquire additional loans and/or mint more money to compensate for the economic decline. Although economic inflation is projected, Minister Fayyaz said the move would secure the livelihood for many Maldivians.

With the spread of the disease and mandatory quarantines leading to businesses closing down and reducing costs, recession fears are on the rise throughout the Maldives.

Several citizens have taken their worries to social media, expressing ways cutbacks could, in the weeks and months to come, affect the living situation of employees working across various industries.

Due to this, the ministry on March 21, released a statement urging all individuals to report employers terminating or deducting pay via the reporting module on their online platform www.jobcenter.mv

Across the country’s many sectors are content writers, graphic designers and visual artists. Although not always exclusive to the tourism industry, the country’s powerhouse employes a vast number of freelancers for in its entertainment and excursion related aspects, including musicians, performance acts, dive and surf guides respectively.

At the time of this announcement, Maldives now records 519 confirmed, 499 active cases and a total of 17 recoveries. The country recorded its first virus death, an 83-year-old local female, last Wednesday.

The World Health Organization (WHO) has classified the spread of COVID-19 as a global pandemic. The new strain of novel coronavirus has infected over 3.4 million people and claimed over 244,801 lives around the world. However, out of those infected, more than 1.1 million people have recovered.