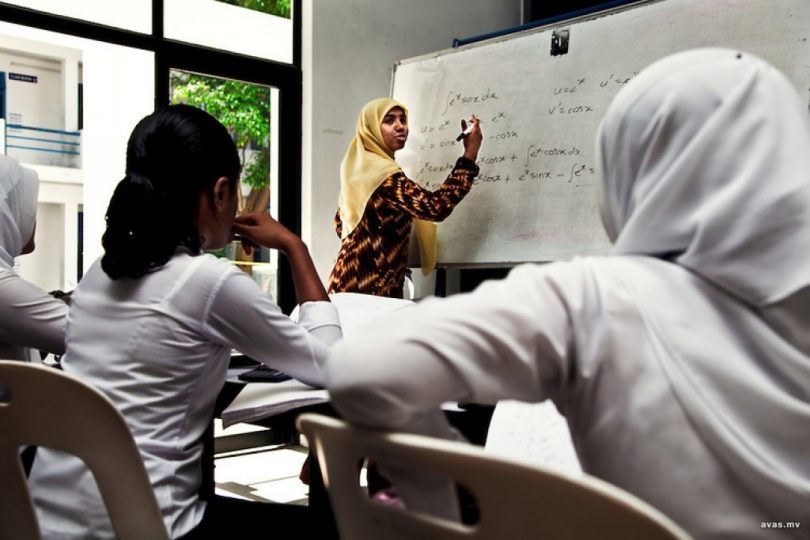 The original Dhivehi article was published on Avas.mv website on 31st December 2017.

It is just 2 weeks for schools to open and new academic year to begin. To get ready for the new school year, repairs and maintenance and new painting work will be close to a finish. What is ahead is an interesting academic year. The education ministry has decided to give up textbooks and provide digital tablets in classrooms, instead. And most children will most certainly be eagerly waiting with that expectation. However, what parents are saying in response to the digitized education system is not something that can be ignored as well.

It was a revolutionary decision made by the education ministry to provide tablets to school children instead of textbooks. To make it a reality, in the new year’s budget MVR 154 million was allocated, and Finance Minister Ahmed Munawar also sent a congratulatory message in response to that to the ministry.

‘When the heavy textbooks that are carried by the children are removed and replaced it with light tablets, all the students will benefit from it,’ said Minister.

However, because of the tablet initiative, opinions among the parents split into two. The internet-savvy parents’ thoughts and feelings were expressed and still remains fresh on Twitter and Facebook.

‘For my 10-year old, I am providing everything the child needs. However, I do not wish my child to be immersed in a tablet 24 hours,’ reads a parents Twitter post. ‘Even now it is a struggle to distract my child from the tablet. And when the child is made to use a tablet in schools, then when will there be the opportunity to open their minds to the world?’

Most parents concerns were regarding their children’s health. The worry was when the children already have smartphones and tablets in their homes and when the schools also have to use it, children being exposed to an all technology lifestyle. This is further supported by health officials saying when children’s eyes are exposed to light emitting screens, it damages the eyesight, compared to paper or items without self-light emittance. 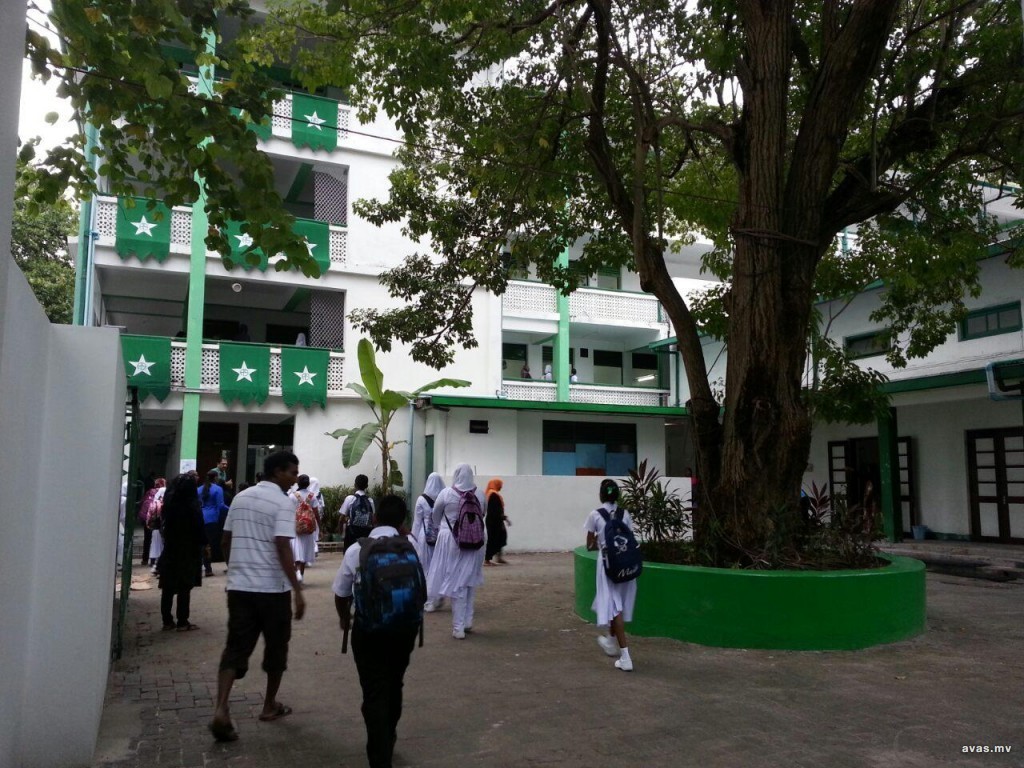 Students inside a school premises

‘It is wiser to listen to doctors advice, rather than hearsay. Have they asked a doctor whether reading books keeping books away at a certain length or if using led screen gadgets, damages the children’s eyes? Usually when looking at a bright light led screen instead of at a paper or E-ink screen, is more harmful. As it requires more focus from the eyes,’ Dr Niyaf commented in response to a Tweet by a parent regarding tablet education system.

The next concern is some parents are not gadget-savvy parents, and some households do not even have internet service. While using Ebook, WiFi will be required at school and outside the school. If that is the case, Ebook system won’t be a cheap option.

Although most parents have complaints, the rest who support textbook tablet project is keen to see how it will affect Maldives’ education field. A fully digitized education system exists even in few places in the world. Ebook system operated schools in the US was a success. However, when the Maldives is making into that list, it is difficult to say that it will impact favourably.

Earlier, although, the education ministry said that tablets will be introduced at some time next year, while students are familiarized to the tablets, they will still be using the textbooks that they currently use. To fully digitize the education system is a challenge, of world scale, and to do it swiftly will pose a challenge and it won’t be practical. However, it is now few days until the opening of the schools and when parents concerns keep rising, the education ministry needs to give more information than what they have provided.

Each technology or educative devise brings with it pros and cons. Learning to evaluate those in a holistic sense without throwing out the baby with the bathwater is imperative.

Question is, are tablets giving our students an edge? How so? What harmful effects do we need to manage?

From an educative perspective, the question of how the tablet will be used is the one that is important.How does it enrich the thought processes of the students?