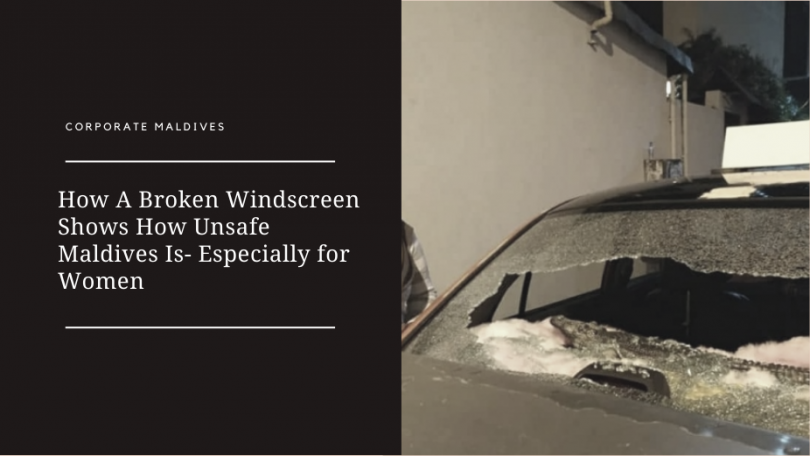 Not once, not twice. For the fifth time, the taxi driven by the Male’s only female taxi driver Aminath Waheed has been damaged while it was parked in the vicinity of the Drug Court. This has led to several questions by the public, for which an answer is needed from the Maldives Police Service. How long will this go on?

The windscreen of the car was smashed with stones. According to Aminath, she had parked the car in near the Drug Court on during night time. She said that the watchman outside the court told her that a group of individuals approached and damaged the vehicle after midnight. He had also informed the police of the incident.

Aminath’s social media post included the picture of CCTVs in the area. Speaking to local media outlet Mihaaru, she expressed hope that evidence could be retrieved from the footage captured by the CCTV cameras. She also noted that the crime could’ve been done by her ex-husband or two particular male taxi drivers that habitually taunt and threaten her. 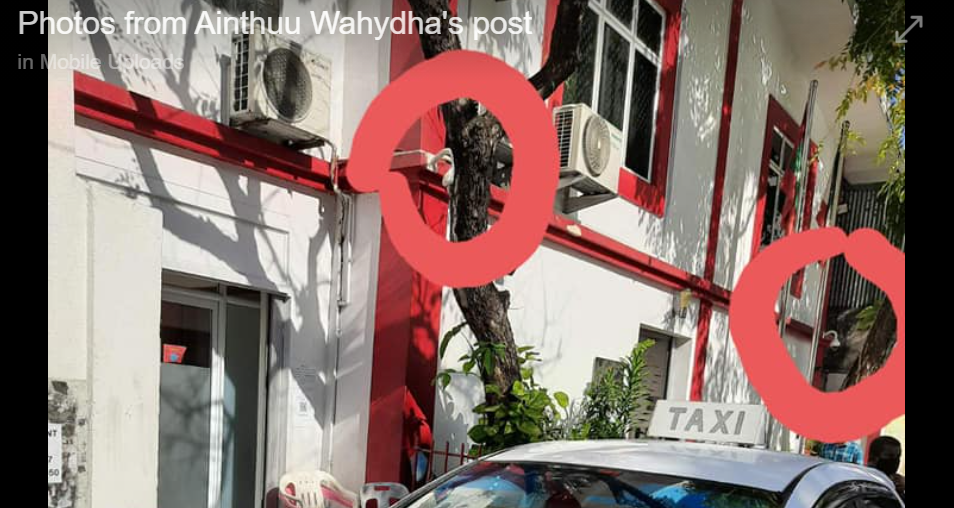 The significant goal of most CCTV systems has been the prevention of crime and disorder through deterrence. Even though CCTVs have little impact on reducing crime, police officers strongly depend on the CCTV to investigate and monitor offenders and their offences.

Evidence from intervention studies incorporating an additional outcome measure to recorded crime statistics suggests that CCTV may be more effective in terms of increased crime detection than it is in terms of deterrence, particularly in the case of violent crime. Meaning that it could help find the criminal, but it is ineffective in discouraging people to do the crime, especially violent acts.

As this had repeated for the fifth time, the public is now curious as to why this woman does not have enough security and why a solution is not found to this. If it is her ex-husband, what’s his reason for doing so and has he not been punished, at least not effectively? Where’s the responsibility of Maldives Police Service?