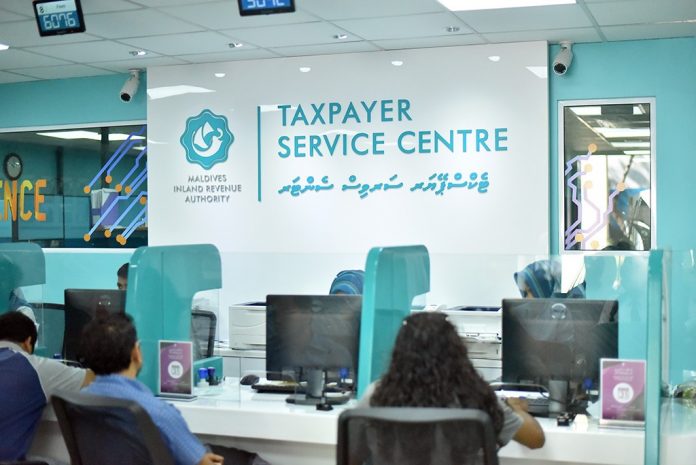 Maldives Inland Revenue Authority (MIRA) has revealed that the state revenue in March month has fallen by 26.9% in comparison to last year’s March month revenue.

MIRA has stated that in the month of March the state has earned MVR 1.1 billion as revenue, and USD 49.2 million as dollar revenue.

MIRA has highlighted that 50% of the revenue earned during March was from Goods and Services Tax (GST). The state has collected MVR 637.67 million as GST in March, which is 94.44% less than last year’s GST collection in March.

The state has collected 81.38 million as Business Profit Tax (BPT), which is MVR 56.69 million less than last year.

The total percentage of revenue earned from Tourism Land Rental is 12%.

MIRA has stated that the reduction in revenue is due to travel restriction and an extension of the deadline to submit Tourism Land Rent.

[…] 13 percent, before resilient to over 6 percent expansion in 2021. The inhabitant income management revealed that supervision income from taxes and tourism in Mar 2020 fell scarcely 27% from Mar 2019. The […]

[…] and 13 percent, before rebounding to over 6 percent growth in 2021. The national revenue authority revealed that government revenue from taxes and tourism in March 2020 fell nearly 27% from March 2019. The […]

[…] 13 percent, before resilient to over 6 percent expansion in 2021. The inhabitant income management revealed that supervision income from taxes and tourism in Mar 2020 fell scarcely 27% from Mar 2019. The […]