At the meeting held at the Ministry of Foreign Affairs this afternoon, the Foreign Minister reflected on the strong bilateral relations between the Maldives and France, and discussed ways of further strengthening the existing ties, especially in the area of trade and investment, environment and climate change and counterterrorism cooperation.

The Foreign Minister was accompanied by His Excellency Mr. Ahmed Khaleel, Secretary-Bilateral, Ms. Shiuneen Rasheed and Ms. Moomina Ibrahim, Assistant Directors at the Ministry of Foreign Affairs. Ambassador Schuh was accompanied by the Honorary Consul of France to the Maldives, Mr. Ismail Wafir.

The earliest recorded French visitor to the Maldives was the navigator Francois Pyrard de Laval, who was shipwrecked in Maldives in 1602. His account of his adventures shines a light on the situation in the Maldives at the time.

Official contact between France and the Maldives goes back to the reign of the Diyamigily King Siri Navaranna Keerithi (Sultan Mohamed Imaduddine III al-Mukarram) in AD 1753. The king was a prisoner of the Ali Raja of Cannanore, who had invaded the Maldives and installed an administrator there. The occupation lasted four months, when the administrator was overthrown by an officer of the then disbanded royal militia, Muleegey Dom Hassan Maniku, who became Prime Minister and acted as regent. Dom Hassan Maniku struggled against constant attacks by the Raja. In 1753,  he  sent a delegation led by the minister Ali Maafaiy Manikfan to meet and seek assistance from Joseph-François Dupleix, Governor of French India based in Pondicherry.

The Governor immediately dispatched a French naval squadron under the command of Monsieur Le Termellier to Malé. Accompanied by troops of the local militia, they  swiftly delivered a crushing defeat to the Raja and removed his army from all their bastions in the Maldives, liberating all of the Maldives from foreign occupation. The grateful Maldivians allowed the French to remain in a permanent base in Male’ until they were recalled by the new Governor. Until the mid-20th century, the narrow lane between the French bastion and the rest of Male’ was named to commemorate their presence.

According to the Dhivehi Tareekh, a history of the Maldives,

“Afterwards, Termellier continued trading with Malé and he died there during the reign of king Giyasudeen. He was buried at Lonu Ziyaraiy Kolu with his grave made in stone in the Christian style.” 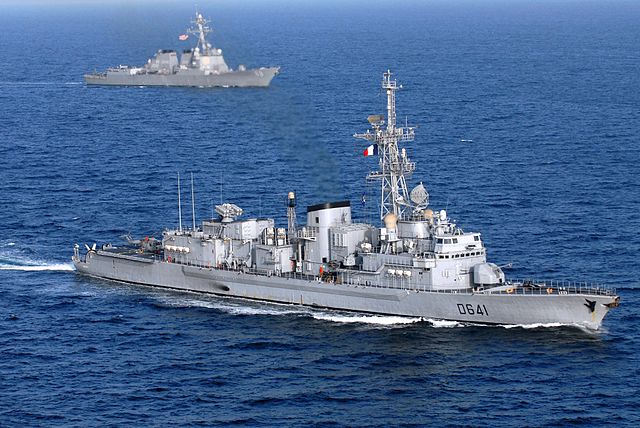