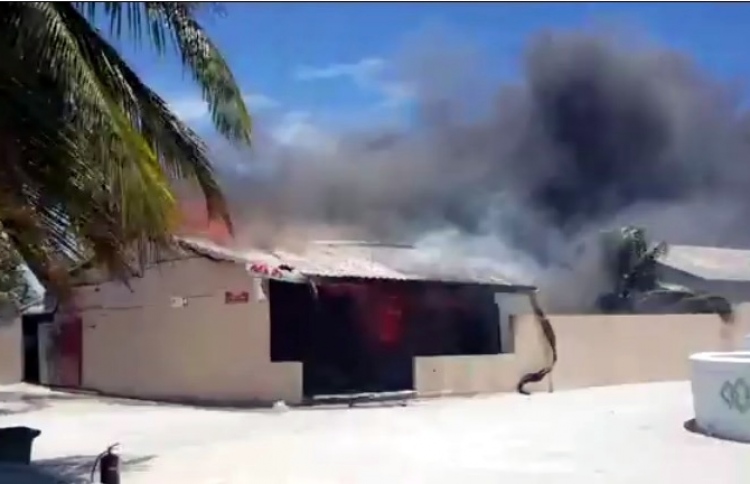 A fire broke out in an oil warehouse in Laamu atoll Maabaidhoo island around noon on Sunday.

Maldives National Defence Force (MNDF) stated that its firefighters are already on the scene., with several residents of Maabaidhoo aiding MNDF’s attempts to control the fire.

However, a source from Maibaadhoo told Mihaaru that the fire has spread to an adjoining store while the warehouse is already damaged beyond use.