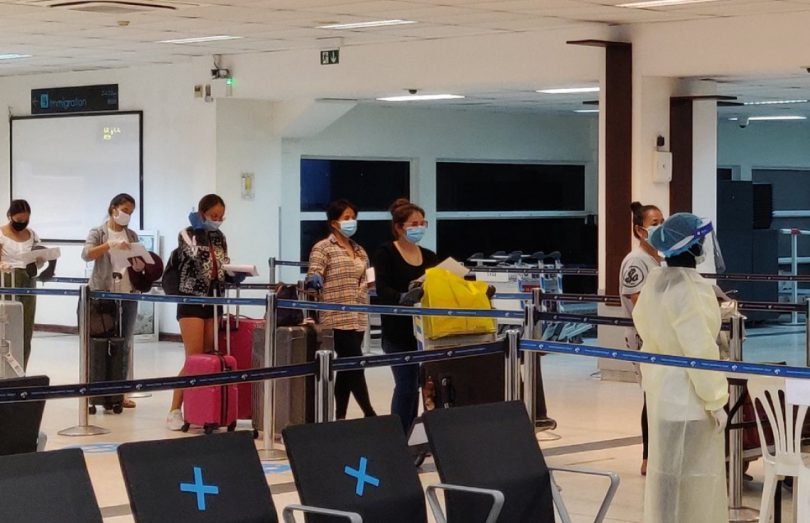 A fourth and final repatriation flight departed early Monday, evacuating 78 Thai nationals who were stranded in the Maldives and Sri Lanka, amid the global travel restrictions implemented due to the ongoing COVID-19 pandemic.

Organised jointly by the Royal Thai Embassy in Colombo, Sri Lanka and the Royal Thai Consulate in the Maldives, this was the third flight under the repatriation mission to return Thai nationals, who requested to do so at the Embassy.

According to the consulate, 15 Thai citizens were repatriated from the Maldives, while 63 were evacuated from neighbouring Sri Lanka, via a chartered flight on the Maldives’ national carrier, ‘Maldivian’.

The 4th and the last repatriation flight for Thai nationals will return today 15 & 63 Thais from Male’ and Colombo respectively onboard a chartered @MaldivianAero flight. We have helped a total of 349 Thais from Maldives to return home during this pandemic. Thanks all who helped. pic.twitter.com/hSiEoXlOCD

— Royal Thai Honorary Consulate in the Maldives (@ThaiConsulateMV) May 25, 2020

With this development, a total of 349 Thai nationals have been repatriated from the Maldives.

The first two repatriation flights were held April 16 and May 4, evacuating 55 and 131 individuals respectively from the Maldives, while a third was held May 17, returning 148 persons to Thailand.

A number of special flights have been scheduled since, to undertake the repatriation work of returning foreign nationals to their home countries. Authorities are also working with foreign governments to bring back Maldivians stranded overseas due to the pandemic.