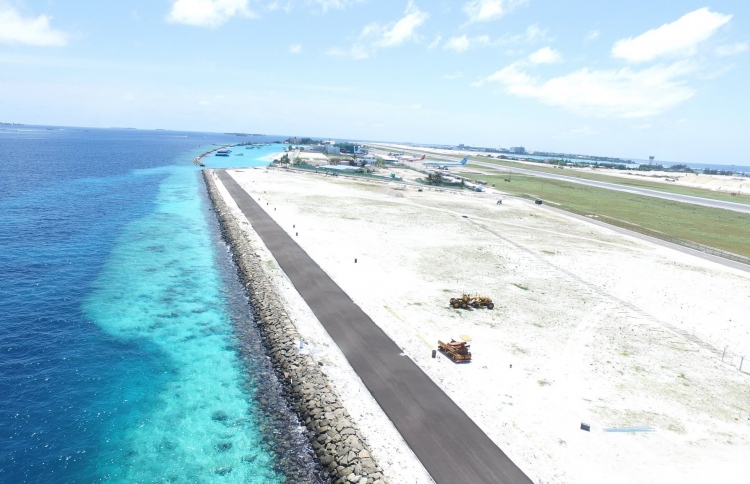 An official of MACL stated that the project, which would see the apron expanded to the road formerly used on Hulhule island’s southwest side, was undertaken by Beijing Urban Construction Group (BUCG) of China. The company is also the contractor of the project to develop VIA’s new runway.

“Under the project, they’re currently levelling out the ground, which is expected to finish very soon,” said the MACL official.

The finished apron would cover an area of 80,000 square metres.

MACL had previously stated that the expanded apron would accommodate up to six airliners simultaneously, which is expected to increase to total 21 aircrafts once development of VIA’s new terminal is completed.

VIA’s new runway being developed by BUCG is expected to measure 3,400 metres in length and 60 metres in width. Under the airport development and expansion project, a cargo terminal with a capacity of 120,000 tonnes and a fuel farm with a capacity of 45 million litres would also be established. According to MACL, the projects are scheduled to be completed by the end of this year.