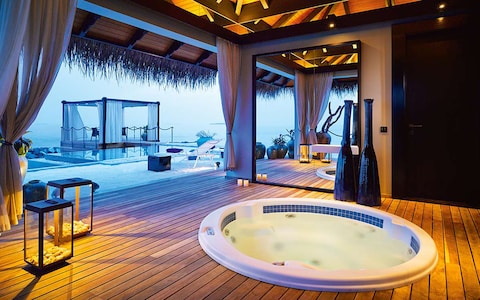 The Maldives attracted 121,310 tourists this August, up 8 percent compared to the same month last year, with the demand being driven mainly by European travellers, according to the Maldives Ministry of Tourism.

The largest regional market was the Asia and the Pacific, which grew 3.9 percent year-on-year (YoY) with 59,900 tourists visiting the Maldives. The Chinese market, which is the largest market in this region, fell 6.8 percent YoY but brought in 33,743 tourists to the Maldives—27.8 percent of the total tourist arrivals in August.

Meanwhile, the arrivals to the Maldives from Europe increased 10.1 percent YoY to reach 47,465 tourists. The largest number of arrivals was from the UK, with 8,565 tourists, although this was a 3.2 percent down YoY.

The number of Italian arrivals increased 11.1 percent YoY to 7,227 tourists, which pushed down German tourist arrivals to the third spot in the European market. The German market remained stable, growing just 0.7 percent YoY with 6,916 arrivals.

The number of Russian visitors meanwhile increased 37.3 percent YoY to 4,166.

The Middle Eastern market grew 15.5 percent for the Maldives in August, attracting 7,547 tourists, nearly half of whom were from Saudi Arabia. The American market grew 31.4 percent YoY attracting 4,739 tourists.

The European market expanded 10.7 percent YoY, helped by a strong performance from the Italian market, while both the British and German markets experienced minor fluctuations.

The Asia and the Pacific market, which brought in 44.7 percent of the tourists to the Maldives over the eight months, contracted 0.1 percent YoY, with the 9.1 percent YoY fall in the Chinese market overshadowing gains in other source markets in the region.

The occupancy rate in Maldivian accommodation operations for the eight months fell to 60.8 percent compared to 63.6 percent YoY, while the average duration of stay per visitor increased to 6.2 days compared to 6.1 days YoY.