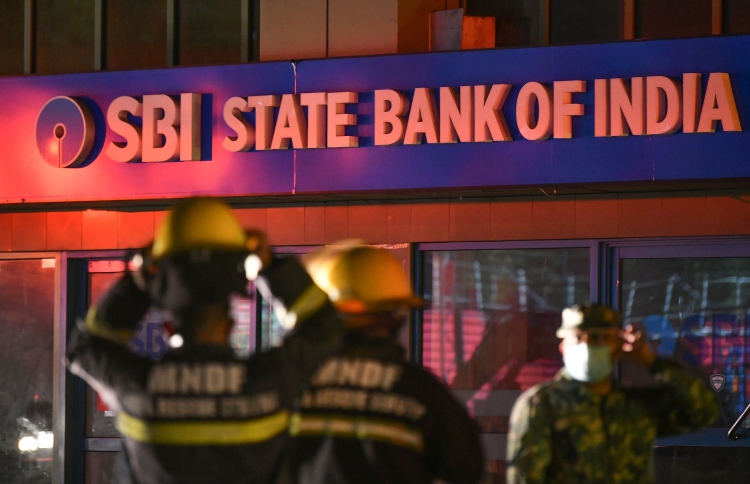 State Bank of India (SBI), on Saturday, announced that efforts were underway to resume services on Sunday, despite the damages sustained to the building in Friday night’s inferno.

The blaze that erupted in Henveiru Ward’s Tiolo cafe’ spread to the adjacent, 10-storey, Gadhage Mohamed Fulhu Building, where five floors are allocated for SBI’s operations.

According to eyewitnesses, the fire spread to Gadhage Mohamed Fulhu Building when the steel cladding outside the building was engulfed in the flames from the cafe’.

Although the penthouse sustained most of the damages in the fire, lower floors were also affected to varying degrees.

In a statement released regarding the incident, SBI revealed that the bank is currently assessing the fire damages in collaboration with the relevant authorities.

Apologising to customers for any inconvenience, SBI asserted that the bank was trying to resume services on Sunday.

No fatalities or injuries were reported, as the residences in the area were immediately evacuated and all the floors in Gadhage Mohamed Fulhu Building were vacant at the time. The building is insured as well.

Almost a year after the largest fire incident in capital Male’ tore through a narrow street resulting in one death and displacing hundreds, Friday night’s blaze raised several concerns amongst the public, with citizens echoing the need for decentralisation to reduce fire hazards in the congested capital.