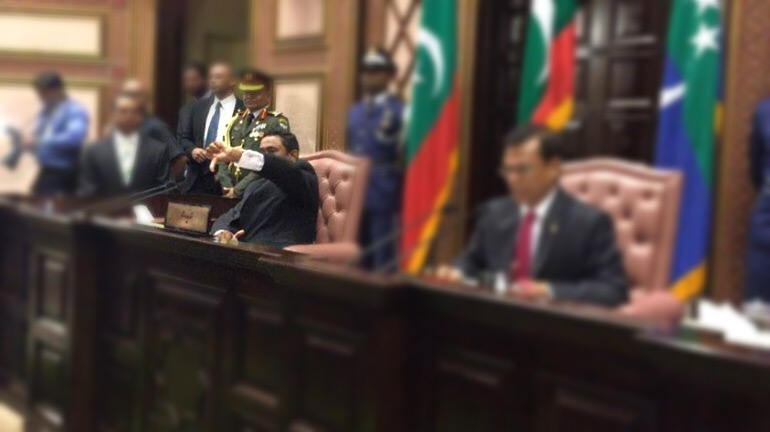 The original Dhivehi article was published on Mihaaru.com website on 11 October 2018

Five years ago, in 2013, the citizens of the Maldives elected a leader to run the country till 11 November 2018. In the hopes that this leader will protect the interest of the people and govern the country constitutionally. 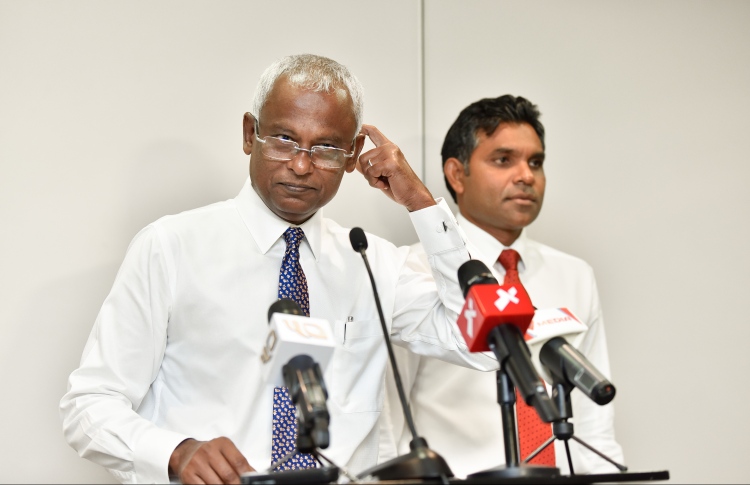 In the last five years, the citizens have been observing from near and far, how President Abdullah Yameen, who they assigned on that year this high post had been performing. After analysing his performance based on the citizens’ standards, among 233,889 voters, 134,705 had said it will be foolish to give President Yameen another term. However, 96,052 still wanted him to remain in power.

Even with a sharp contract of 38,653 votes, President Yameen’s term came to an end, instead of accepting defeat, he had yesterday filed a constitutional case regarding the election to the Maldives Supreme Court yesterday. However, until now he hadn’t disclosed why he is not accepting the election result.

‘It doesn’t suffice to say that the election had been rigged and votes were stolen. The Progressive Party of the Maldives (PPM) senior leaders haven’t yet revealed how the votes were rigged,’ said President of Elections Commission, Ahmed Shareef.

‘The ballot papers that were sent out to the polling stations and the remaining ballot papers tally perfectly. If any electoral fraud were committed or there were any excess vote, then the casted votes and the counterfoils will not tally.’ 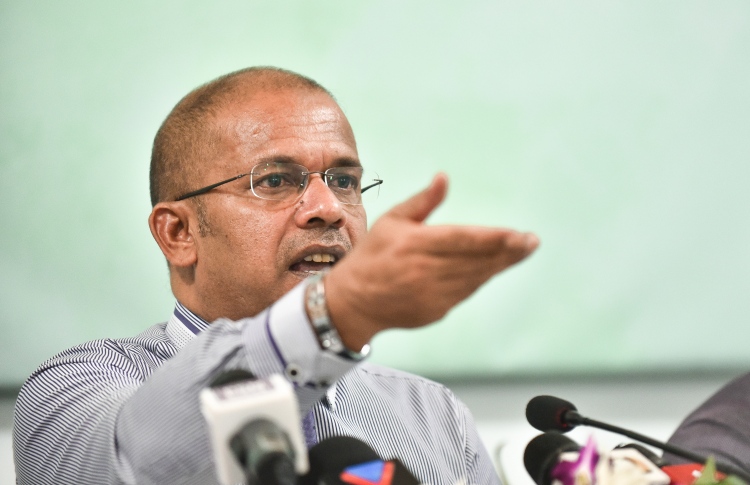 Shareef speaking at a news conference

It is typical to see the defeated candidate questioning the validity and rejecting the election results. This happens in other countries as well. Perhaps, PPM is unaware of how other countries approach the matter.

In other countries, if a candidate wants to complain over the election results, then they would do as soon as the vote counting begins and oppose it. They would go on to say that there was electoral fraud was committed or additional ballot papers were in the ballot boxes.

However, even after 2 weeks past the announcement of the official results of the presidential election, the party claiming of vote rigging had not given any compelling explanation about it. In fact, there wasn’t any evidence to prove their claims. 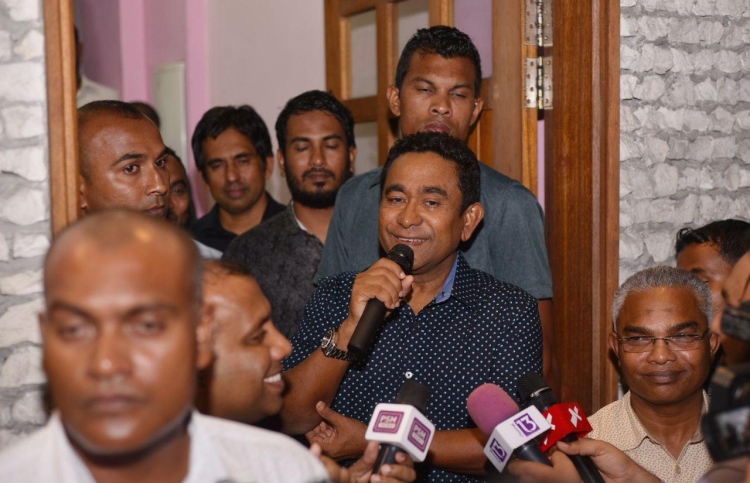 When he came out to protest, the government’s transitioning had officially begun. Therefore, why would he file a constitutional case against the election to the Supreme Court? Was there anyone’s personal agenda in this?

According to political analysts, President Yameen has yet again made a miscalculation on the election results. He wants to annul the election, in the hopes of holding another election and win it.

‘It seems that the president wants to nullify the election and call for a re-election. And prior to that to overrule ex-President Mohamed Nasheed’s prison sentence and hold an election with him participating. Also, he wants to reverse the president’s age criteria to allow Gasim Ibrahim to contest in the election, which will immediately break the current coalition. Despite how low his chances may be, Gasim would also want to run for the president,’ shared a former state minister.

Based on the results of this election, this could be an idea President Yameen might consider as the formula to win the election. Achieving 96,052 votes for President Yameen on his own is not a small feat. It is more than 1/3 of the 233,889, who voted. 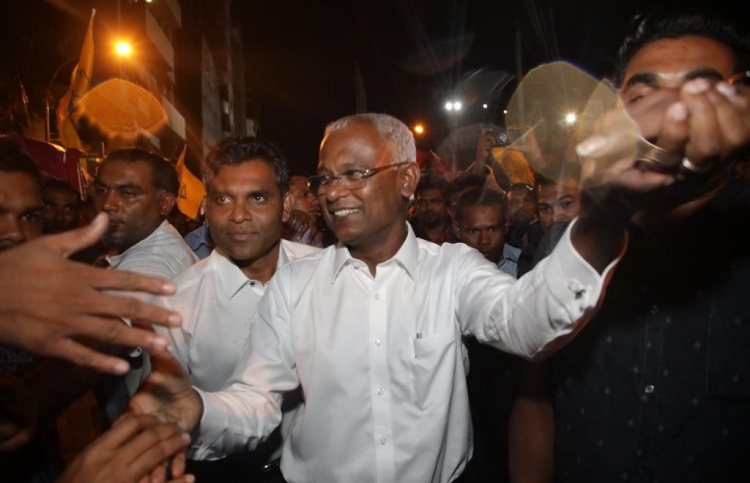 Though the four opposition leaders come out to contest and got a clear majority, it is less than 2/3 of the total votes. Therefore, if President Yameen, Nasheed and Gasim contests against each other, the vote for Ibrahim Mohamed Solih (Ibu) will most certainly be divided amongst the three.

Irrespective of these different calculations, President Yameen feels that even in the next election he will be assured of the 96,052 voters who voted for him. 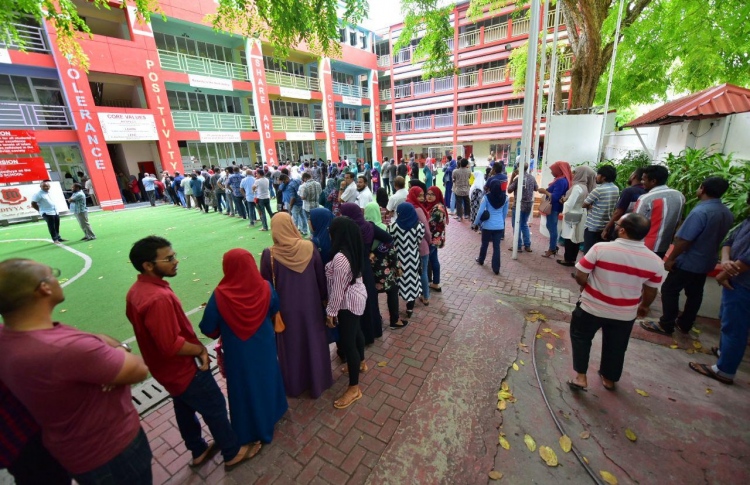 Queues of voters on September 23rd

‘How? No way!’ exclaimed a parliament member.

‘If he goes for a re-election then it will be like ‘slipping through the fishnet’. Look at how he got that figure in the first place. Those were the votes of intimidated employees of government institutions and administrations, teachers, doctors, coerced into voting for them. They won’t vote for him now. They are now past their fears. He won’t get their votes again.’

However, those who support Yameen estimates the outcome differently.

‘Do you know why Ibu got that many votes? That’s because Nasheed didn’t contest. If Nasheed did run, there will be many who won’t vote for him. Amongst the Ibu’s votes, some were because Gasim asked them to vote for him and those who voted for him angry over Maumoon’s arrest,’ said a senior member of PPM.

According to him, many of those who voted for Solih, apart from MDP, the rest don’t want to vote for Nasheed. As he’s someone who they had already experienced with. 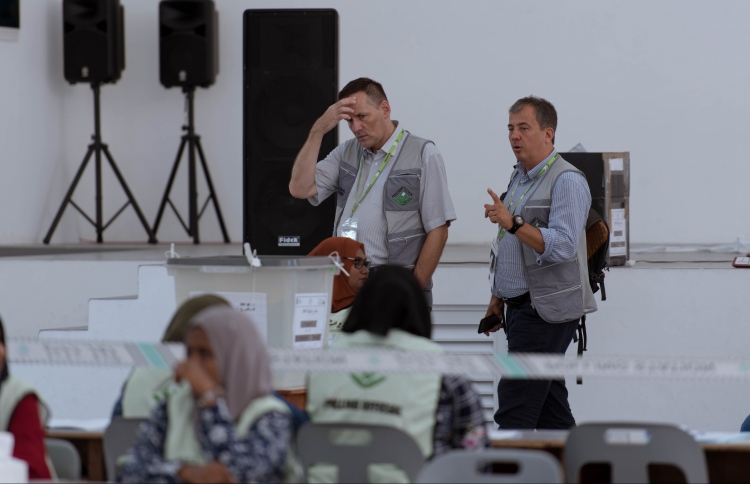 Even after making all these calculations to deem the election as void and going for a re-election will be kicking on the decision of the Maldivians. After five years of experience, the citizens have given their verdict. No one has the right to change that decision.

‘Elections Commission is running out of patience to answer to the queries, following the case filing. We don’t know the details of the case. Although they had submitted a case to annul the election, we are giving 100% assurance there had been no issues that came up during the voting process to do so,’ said Shareef.

Since voting and vote counting was done in front of the public, and during the process, no issues were raised, the Elections Commission is ready to do a recount if they come with a court order. And if they raise doubts over the ballot papers, they are also ready to verify it.