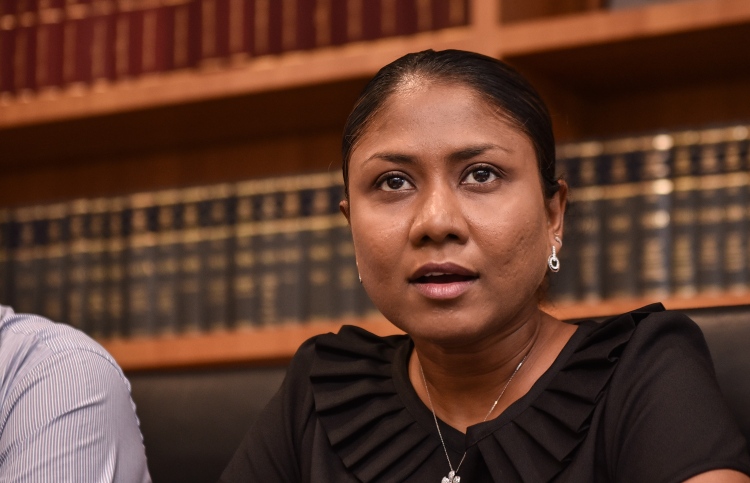 On Sunday, the Department of Judicial Administration (DJA) revoked the suspension of lawyers, Hisaan Hussain and Ibrahim Riffath, who was suspended over submitting a petition to the Supreme Court raising concerns over the judicial system and calling to uphold the rule of law.

DJA stated in its announcement that it was terminating the suspension placed on Hisaan and Riffath after the conclusion of an investigation it carried out, although no further details about the cases were disclosed.

Lawyers Hisaan and Riffath, who advocate for several high-profile opposition figures, were barred from the courts along with 54 other prominent lawyers of the country who submitted the petition on September 10. Hisaan Hussain also belongs to the legal team of former president Mohamed Nasheed, and that of Gasim Ibrahim, the leader of Jumhoory Party.

The mass suspension of lawyers in September is the largest such case in the history of the Maldives, which drew much criticism from opposition parties and some international bodies.

The administration has since revoked the suspension of 37 of the lawyers after concluding their investigations. However, 15 lawyers still remain barred from court.