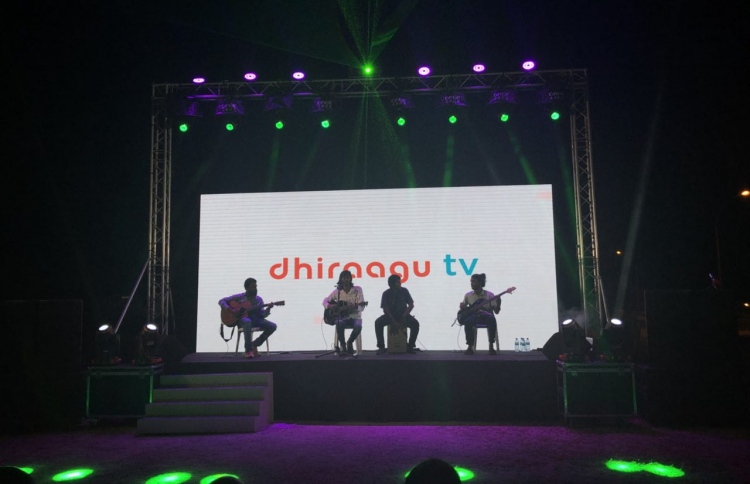 During the launching ceremony of DhiraaguTV in Lhaviyani atoll on January 8, 2018.

Local telecom giant Dhiraagu has launched high-speed fibre broadband services and DhiraaguTV in the islands of Naifaru and Hinnavaru in Lhaviyani Atoll.

DhiraaguTV was previously available to both the islands through mobile broadband. However, the telecom company launched DhiraaguTV with fixed broadband services on Monday.

Dhiraagu marked the launch of these services with colourful ceremonies in both islands.

A press release from the company stated that DhiraaguTV was the largest IPTV provider in the country and that, with the fibre network established in Naifaru and Hinnavaru, DhiraaguTV would be accessible without difficulty.

The platform currently has 80 channels, which includes many HD channels and is available at a monthly fee of MVR 300.

According to Dhiraagu, a special promotion for fibre broadband and DhiraaguTV is currently underway with the company offering free installation of fibre broadband. For every fixed broadband connection availed through the promotion, customers would receive a 25 percent discount on monthly fees for the initial three months.