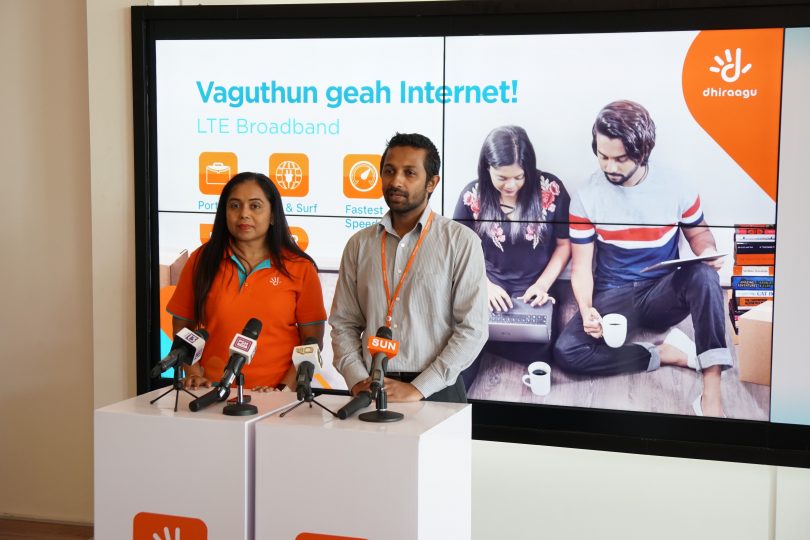 LTE Broadband services were introduced to the Atolls 1 and half years ago, and on 13 December the range services have been extended with the introduction of new packages to suit the needs of travellers and users who move lodging frequently.

While introducing the new packages, Marketing, Communications & PR Manager of the company, Mr Mohamed Mirshaan said that this service is specially designed as an on the move and easily relocatable service.

This service uses the modern LTE technology and a pre-setup and activated router. Therefore, the services can be used by the customer within the time frame of a minute, by connecting to an electric source. Dhiraagu LTE Broadband is fast, convenient and available countrywide.

Similar to other Dhiraagu internet packages, upon reaching the limit for data allowance users will not be charged for extra usage. Instead, they will be able to surf the internet at a slower speed. Users also have the option to purchase 5GB and 10GB add-on boosters.