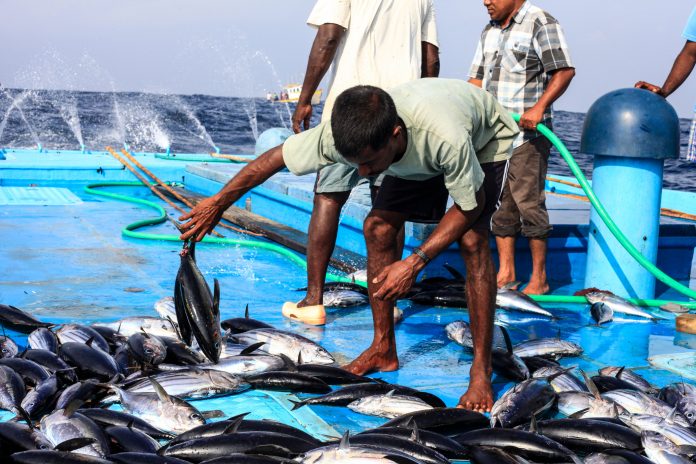 Maldives Seafood Processors and Exporters Association (MSPEA) has revealed that as the European market re-opens the demand for frozen fish from the Maldives has risen.

In a press statement released by MSPEA has stated that previously frozen yellowfin tuna was sold for MVR 25, however, now European companies are willing to pay MVR 60 for a kilo of frozen tuna.

MSPEA noted that in previous years, the supply of fish usually falls as many fishermen do not go fishing during the Ramadan month. This has difficulties in meeting demands, hence many companies look for other fish exporters in other countries.

MSPEA said that fishermen were presented with a golden opportunity to claim their role in the economy.

MSPEA stressed the importance of fishermen continuing the work during the unprecedented circumstances. In addition to that, they noted the courage skipjack tuna fishermen have shown during this time by continuing to work.

MSPEA is an association that represents a number of the major the Maldivian tuna processing companies, including Maldives Industrial Fisheries Company (MIFCO).