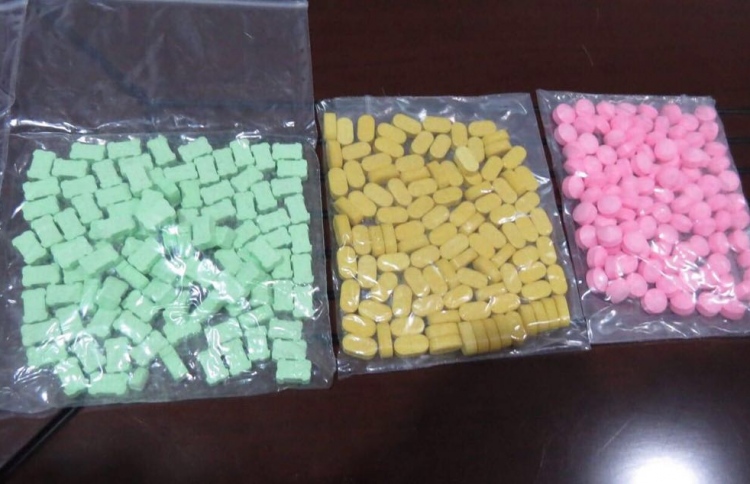 The ‘ecstasy’ pills that were found inside the package that was delivered from Netherlands to an individual in Addu City. PHOTO / MALDIVES CUSTOMS

Maldives Customs Service has seized a large quantity of ‘ecstasy’ that was shipped to the southernmost Addu City via post from the Netherlands.

According to Customs, when they opened the package that was delivered from Netherlands, in the presence of the individual it was addressed to, they had found over 500 pills of different colours and designs inside the package.

The pills tested positive for substances found in the now-common party drug ‘ecstasy’.

Customs also revealed that the owner of the package has now been arrested and that the matter is being investigated by the police.

Last month, two individuals passed away after experiencing chest pains at a party in the capital’s reclaimed suburb Hulhumale, where illicit narcotics were involved. The police had later arrested four of the deceased’s friends, who were at the party, under the Narcotic Drugs Act, and confirmed that various substances were found at the scene where the incident occurred.

The police have warned of an increased use of “party drugs” amongst the Maldives’ youth as of late. These drugs are deemed especially dangerous because the substances available in the Maldives are mostly “a mixture of different substances”, and “the chemical fusions could result in strokes, cause the heart rate to increase dramatically, and other such symptoms,” a police forensic expert had said after the incident.