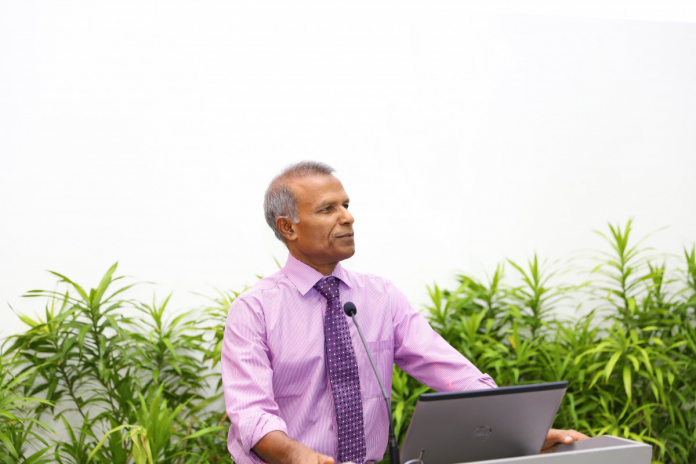 The on-going COVID-19 crisis in the Maldives is likely to improve by the end Ramadan, MNU Chancellor Dr Hassan Hameed said during a virtual meeting of Parliament Committee on development and national heritage.

Dr Hassan stressed on not losing hope amid the pandemic and stated that despite people’s assumption that the crisis will prolong, the state of other parts of the world says otherwise.

He further stated New Zealand has had the biggest success against the virus, as the country was on lockdown for 49 days. And as per this scenario, he has predicted that Maldives situation will improve by June 3.

He also predicted that in the worst-case scenario, the situation in the Maldives will improve by July 1, as Italy, the country which had the longest time under lockdown, spent 79 days under lockdown.

The chancellor added that there is hope that the on-going COVID-19 crisis in the Maldives could improve by the end of Ramadan, under the best-case scenario.

He also noted that in Maldives asymptomatic cases are at 54%, hence the majority of the population is not affected by the virus, even if they are infected.

MNU Chancellor said stressed on not losing hope amid the pandemic, but rather to prepare for schools and universities to open shortly after Ramadan.