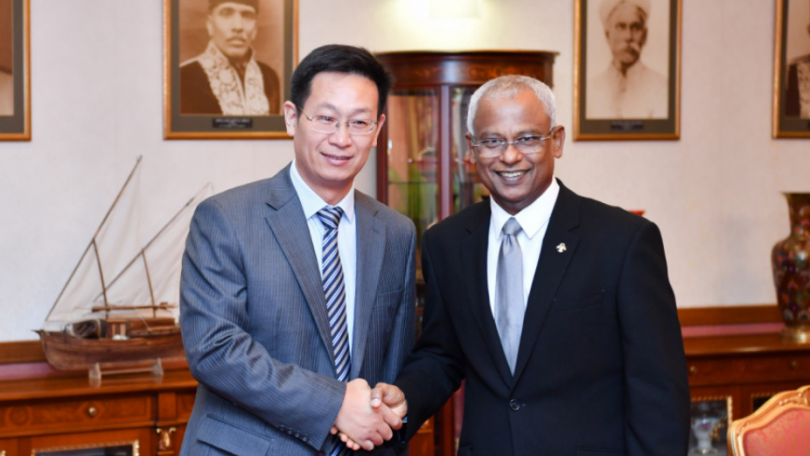 The President’s Office has announced that the Chinese government has decided to defer the repayment of certain loans taken by the Maldives to the upcoming year.

Chief Communications Strategist at the President’s Office, Ibrahim Hoodh stated that the deferment was allowed under the G20 Debt Service Suspension Initiative (DSSI), which is an initiative by the World Bank. Under the DSSI, G20 countries commit to suspending debt services of low-income countries, on official bilateral credits.

The Maldives has obtained an estimated USD 1.5 billion from China as loans, of which USD 600 million was obtained by the Maldivian government.

In a tweet regarding the loan deferment, Chinese Ambassador to the Maldives, Zhang Lizhong stated that “China is always ready to offer its helping hand to the Maldives for a strengthened partnership and shared future.”

The Ambassador has also stated that discussions had been held with Foreign Minister Abdulla Shahid regarding the loan repayments and that the Minister had thanked China for the deferment arrangements.