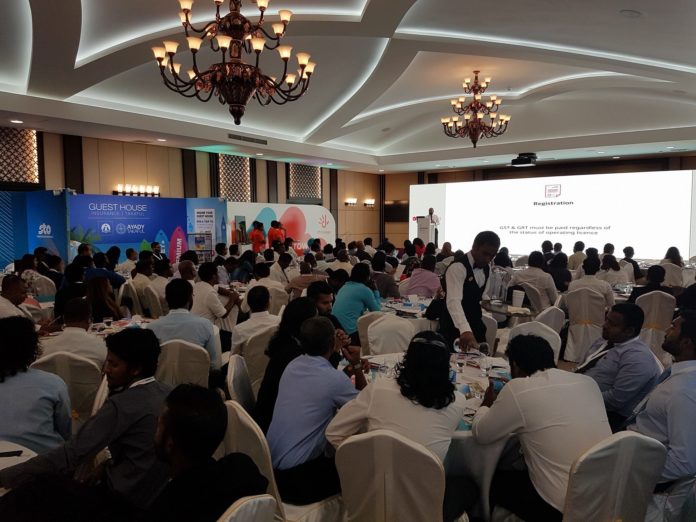 The modernly styled convention centre was opened on September 7, 2017. The hall has a capacity of 500 guests for theatre style and 200 guests for banquet style seating. The second edition of Dhiraagu Guesthouses Maldives Conference 2017 was held at the Burunu Convention Centre in Paradise Island Resort and Spa on September 23, 2017

‘Araamu Spa’ which was nominated among other well-known leading wellness & spa brands operates on a number of Villa properties in Maldives including Fun Island Resort and Paradise Island Resort.

More than 400 companies were nominated for different categories for the SATA awards while Maldives received 18 awards this year at the awards night.

Full details are available from the link below:
Advertisements