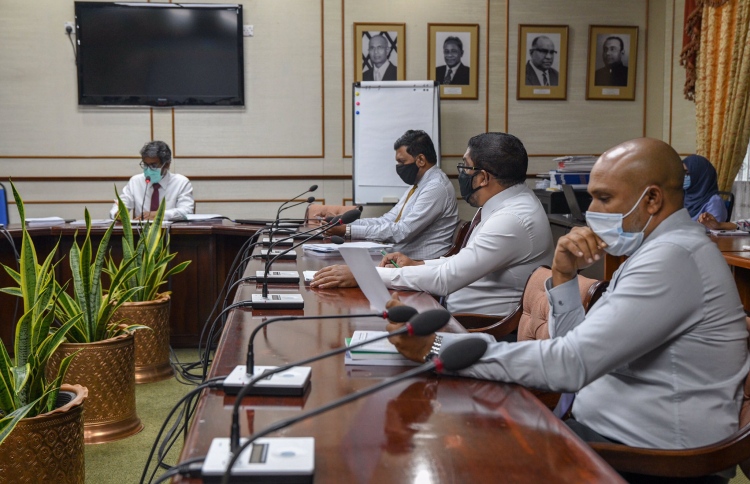 The Executive Committee of the Maldives Bar Council, on Tuesday, criticized the parliament’s inquiry into the sexual assault of an expatriate worker on a liveaboard docked at Hulhumale’ lagoon.

The parliamentary Committee on Independent Institutions and the Committee on Human Rights and Gender both recently launched investigations concerning the sexual assault case which was reported on June 26.

On Monday, the committees decided to summon the victim, Maldives Police Service, and the National Integrity Commission (NIC) to probe issues surrounding the case.

Referencing Article 5,6 and 7 of the Constitution and Supreme Court ruling 2020/SC-AD/37, the Bar Council reminded the parliament that the constitutional separation of powers endowed the three branches of government with distinct responsibilities and mandates.

Despite asserting that the allegations of police misconduct warranted investigation, the Bar Council stated that the inquiry should be conducted in a manner that does not impede the investigation of the case.

The Bar Council urged the parliament to carry out their inquiry in accordance with the aforementioned articles as well as Article 241, 242 and 99 of the Constitution.

The probes by the two parliamentary committees were initiated amid a public uproar over the sexual assault and alleged political influence over the police investigation.

Photos being circulated on social media claim that one of the alleged suspects is connected to politicians serving in the incumbent administration.

Authorities have yet to confirm or deny the claims concerning the identities of the alleged perpetrators, maintaining that details concerning suspects could not be released during an ongoing investigation.

The victim, a 27-year-old woman, was reportedly invited aboard the safari by a friend, and was later sexually harassed and assaulted by two men. After the woman jumped off the vessel in an effort to escape, she was picked up by a dinghy and transported to the jetty.

The two men, both aged 39, were arrested at the scene. However, they were later released with the authorities claiming, based on the information collected, that detaining them until the investigation concluded would be unnecessary.

Initial reports by local media state that the victim was raped aboard the vessel and that the police had released the suspects after receiving phone calls from “people high up”.

However, local media Mihaaru, in an interview with the victim, reported that she was not raped but sexually assaulted by the suspects. In the interview, the victim reportedly stated that she did not wish to press charges, that she did not have complaints regarding the police investigation, and that she had not spoken to any media outlets prior to Mihaaru.