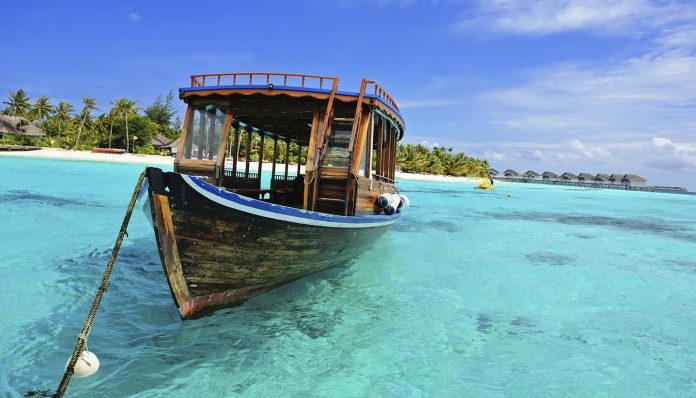 Maldivian dhoni in front of the turquoise bay and island

India considers introducing an air bubble or in other words an air travel bridge to the Maldives, which will be of use for the tourists traveling between Maldives and India on July 15 after a four-month shut down due to the Covid-19 pandemic.

Regarding this, the Maldivian government has made a formal request to the capital of India, New Delhi, from which an agreement may be reached in the upcoming few days.

President Ibrahim Solih has announced on the 23rd of June, that the Country will reopen its resorts by July 15. According to the president, hotels situated in the populated areas will be called for opening from the 1st of August. Visas will reportedly be issued for free on arrival, and quarantine is not compulsory.

As far as July 11, out of the 500,000 population of Maldives, 2681 cases of COVID-19 have been confirmed from which 2238 had recovered and 13 patients had died. From dates after June 2nd,  the country has recorded cases less than 50, daily. Although this number had risen to 64 on – and even though this number rose to 64 recently, the country is considered a low corona-risk country.

According to Government officials, establishing this air corridor will reflect a strong signal of solidarity between both countries.

A huge percentage of the Maldivian economy is driven by the tourism industry which makes up approximately 70% of its GDP. According to the officials, the air bubble would be a “special gesture” to the Maldives as it is a country which India traditionally has warm ties with. but where in recent years.

This air bubble will facilitate the return of 6,000 Indians who have been employed in the hospitality, health, and education sectors in the Maldives. They were evacuated by the Indian Navy to India in May 2020.