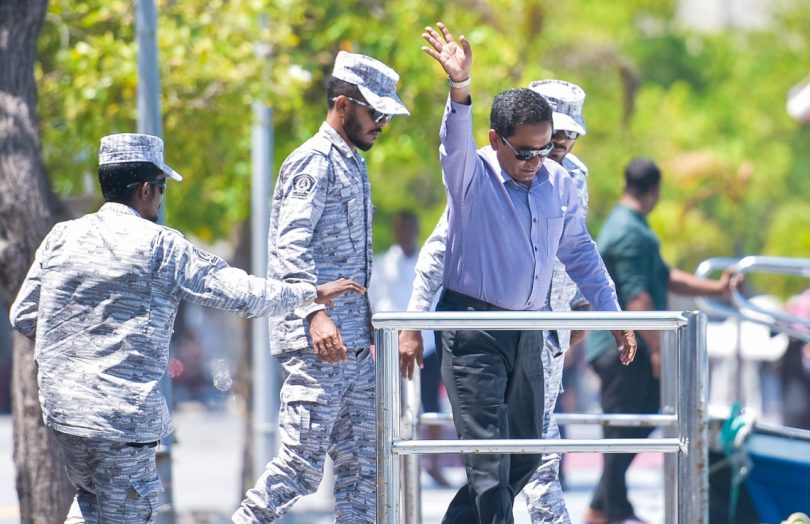 The Attorney General’s Office (AGO), on Thursday, revealed its decision to file a case at the Civil Court, to acquire the USD 5 million owed by former President Yameen Abdul Gayoom to the state over money laundering charges.

In November 2019, the Criminal Court sentenced Yameen to five years in prison and imposed a fine of USD 5 million, over the embezzlement of MVR 3.3 billion from Maldives Marketing and Public Relations Corporation (MMPRC).

According to an official from the AGO, the move came about as a result of Yameen’s failure to pay the amount within the allotted six-month period.

He was found guilty of money laundering over a transaction that involved a deposit of USD 1 million by SOF Pvt Ltd, to his personal account at Maldives Islamic Bank (MIB), and is the first conviction from the relevant charges.

The hefty USD 5 million fine is the largest such sum imposed on an individual by a Maldivian court.

However, the Criminal Court is yet to schedule any hearings.

The High Court had previously denied bail for Yameen before the appeal process for his verdict reaches a conclusion. He is currently incarcerated at Maafushi Prison.