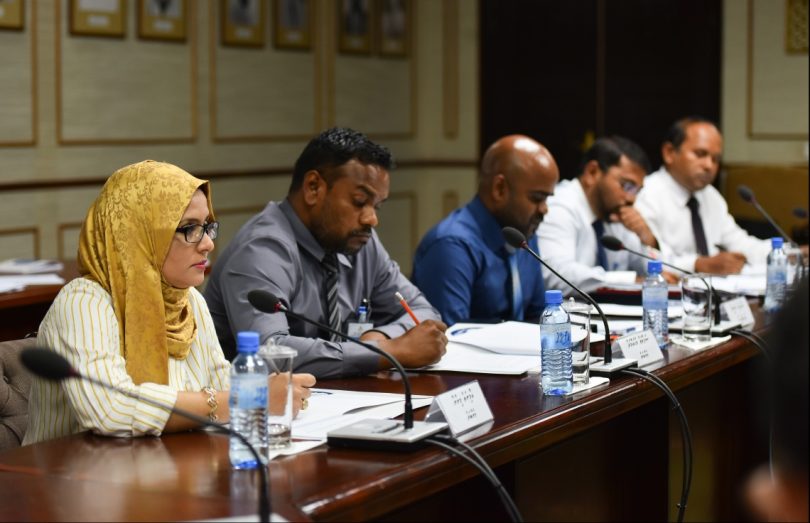 The Parliament Committee on Independent Institutions addressed a letter to the Maldives Media Council (MMC), requesting to investigate and fine any news outlets that spread false information on the sexual assault case of a Kenyan woman aboard a safari docked at Hulhumale’ lagoon, reported on June 26.

Maldives Police Service arrested had two males aged 39 from the crime scene, but released them shortly after, citing “lack of sufficient grounds to keep them detained for the investigation”.

One of the suspects is reportedly linked to a parliament member representing the ruling Maldivian Democratic Party (MDP), after which police came under fire over allegations of protecting “politically powerful” criminals.

A local media outlet had recently published the victim’s encounter, describing the incident in detail. According to the media, the victim was raped aboard the safari and she jumped into the sea to save herself from the two perpetrators, who later threatened her and offered her hush-money.

However, a statement later released by the police asserted that the victim was sexually assaulted but not raped, adding that the victim had never talked to any media outlets regarding the incident.

Following strong public outrage over the inconsistencies, local media Mihaaru interviewed the victim, whose story aligned with the police statement. She told Mihaaru that she did not wish to press charges against her abusers.

Police came under fire for releasing the suspects without collecting their urine samples, although they were partying aboard the safari, and consuming alcohol is a crime punishable by Maldivian law.

Authorities are currently investigating the police over allegations of negligence and influence.

In its letter, the Committee on Independent Institutions requested MMC to draft a guideline on procedures to penalise media outlets that breach journalistic ethics and the disciplinary code.

President of MMC Aayathullah told The Edition that the council will only proceed with the request after holding discussions with the members and finalise a decision through a majority vote.

According to Aayathullah, MMC members debated on the parliament’s suggestion on Wednesday, and forwarded the progress to the council’s Ethics Committee for review.

Noting that the parliament suggested a fine not higher than MVR 2,000 for reporters who violate the guidelines MMC was advised to establish, the council’s president stated that no rules have been laid out as of yet.

“It has never been the Media Council’s intention to take action against journalists for what they write”, he emphasised.

However, Aayathullah urged all journalists to report responsibly and adhere to journalistic ethics.

Editors from several news outlets expressed their opinions in media groups, over the parliament “attempting to infringe on press freedom”. Editors expressed that they do not believe it is necessary for MMC to draft up a separate guideline to penalise media and forward it to the parliament.

If a reporter breached an individual’s privacy or published their personal details without consent, the individual in question can lodge a case against them under the rights granted by the Maldivian Constitution.

MMC’s President Aayathullah also noted that criminal investigations can be launched against journalists if they broke any laws.

Therefore, local editors have expressed concern upon the parliament’s hasty attempt to take action against media, especially since MDP, who boasts a super-majority in parliament, has always been a strong advocate for press freedom.