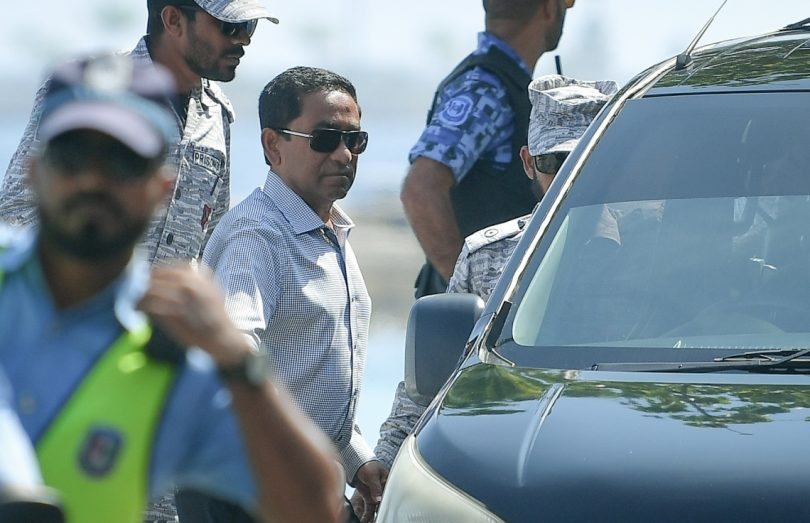 Criminal Court, in November 2019, sentenced Yameen to five years in prison, ordering him to pay a fine of USD 5 million within a six-month period over money laundering charges related to the embezzlement of Maldives Marketing and Public Relations Corporation (MMPRC), which resulted in a potential loss of MVR 4 billion in state funds.

According to a statement released by the AG Office, the Criminal Procedure Code’s Section 188, Article (a), requires MIRA to collect the fine as Yameen had failed to meet the deadline for payment.

AG Office tasked MIRA with collecting Yameen’s fine under Section 50 of the Tax Administration Act, which states that MIRA can collect fines which are not paid within the required time period, in the same manner, that unpaid tax is collected.

Section 50 gives MIRA the option to seize Yameen’s assets or land to order the USD 5 million payment, in addition to freezing his bank accounts.

In addition, Prosecutor General’s (PG) Office had filed two additional charges of money laundering against the former president at the Criminal Court. However, hearings for these two cases are yet to commence.