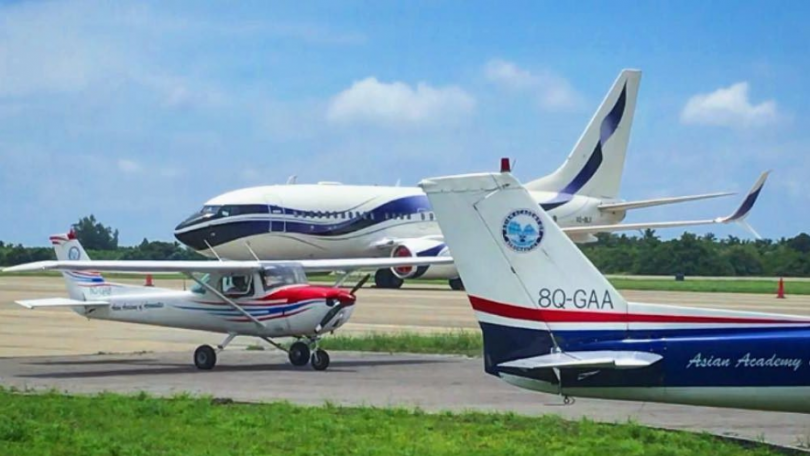 The Addu flying school, also known as Asian Academy of Aeronautics (AAA), has been fined MVR 35,000 under the Maldives Civil Aviation Act, which allows for parties who defy provisions in the Act to be fined an amount lower than MVR 100,000.

AAA went against regulations in the Maldives when it began temporarily leasing and otherwise acquiring “complex” planes for teaching purposes due to a shortage of aircraft at the academy, and when they demanded that students pay their fees in USD. Furthermore, the school has also been asked to begin publicizing the schedules for students’ training flights.

While students of AAA have been voicing their concerns regarding the issues at hand for over a year, no change has thus far been observed in how the academy operates. The Minister of Transport and Civil Aviation, Aishath Nahula has since vowed to take action against the AAA for neglecting its students.