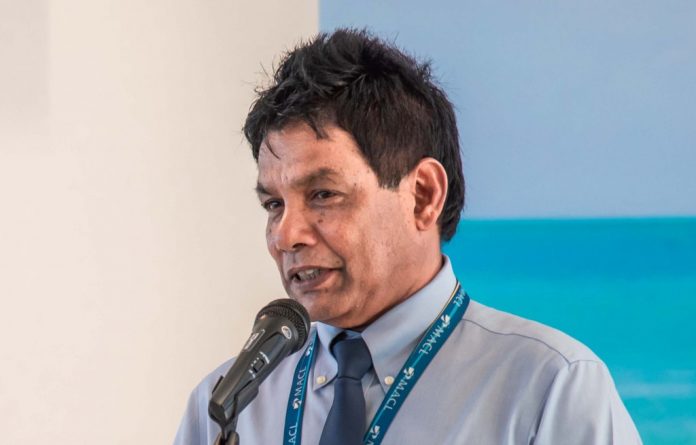 Mr Moosa Solih was appointed as the Acting Managing Director (AMD) of MACL by the company’s Board of Directors in the year 2018. Mr Moosa Solih hosted various senior-level positions before becoming AMD, serving 39 years of dedicated service.

After graduating from the prestigious Al-Azhar University Mr. Moosa Solih commenced his service to the nation’s main airport, as an Engineer in the early 8CYs and continued to show his calibre as highly technical talent. This led him to take up the post of the head of the technical department supervising all aviation advancements. Over the years, Mr Moosa Solih contributed his exertion in developing and managing the technical aspects of air traffic control, aerodrome, and other operations.

Moreover, Mr Moosa Solih also filled the position of Chief Operating Officer of MACL which he made operational improvements in his tenure. Due to restructuring the company after GMR left in late 2012, Mr Moosa Solih had to take up the IT component which was the emerging challenge at that time.

Over the years, Mr Moosa Solih had demonstrated, leadership, and guided the company overseeing numerous technical projects with commitment and integrity. His strategy of practicality had steered MACL into a more driven company. MACL thank Mr Moosa Solih’s invaluable service to the company and wish him all the best in his future endeavours.

As Mr Moosa Solih retires, the new Chief Executive Officer (CEO) and Managing Director (MD) Mr Gordon Andrew Stewart takes the official responsibilities of running the company today. Mr Stewart is appointed as a CEO and MD of MACL by the Board Directors on July 26, 2020.