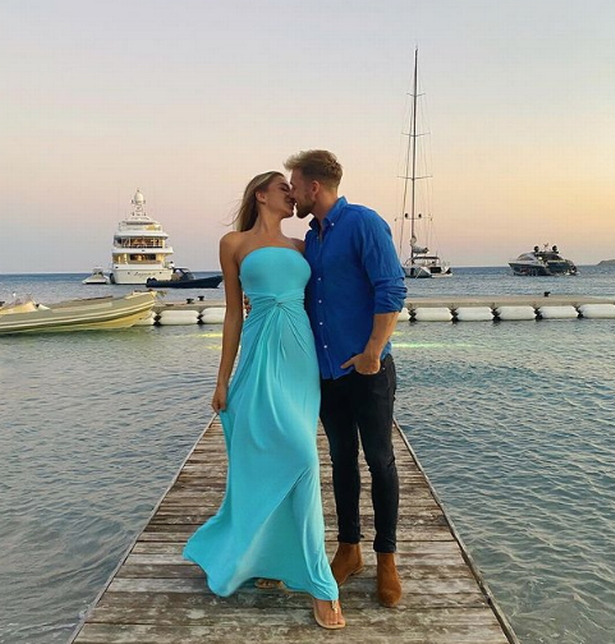 Love Island’s Zara, 24, and her reality star boyfriend Sam, 27, were allegedly spotted flying out of the country’s capital on December 27 to stay in luxury resort Ayada Maldives – where they previously spent time in December 2019.

However, the brunette beauty has continued to post photos on her Instagram feed by marking her location as London, including several of herself posing in nothing but a black long-sleeved cropped top and blue jeans.

Eagle-eyed followers couldn’t help but notice something odd when Zara, who previously fired back at trolls after being accused of “breaking lockdown rules”, shared a screenshot of comments sent by her fans on her Instagram stories in reply to a video she posted of herself watching Sam on the PlayStation.

The comment left by a fan read: “”Accidentally” unplug the TV whilst plugging the hoover in or just hoover in front of the TV,” with a laughing emoji.

Over this, she wrote: “This is a good one. “Babe I’m cleaning ?? Why you complaining ??”” with a laughing emoji and a crying emoji.

The TV personality, who recently showed off her trim frame in a new collection with Missguided, quickly deleted the photo and posted a second snap of a comment with the correct timestamp.

An insider told MailOnline: “Zara has been posting pre-recorded content – but she messed up.

“She posted screenshots of messages she had received to her Instagram Stories showing a time zone, which is hours ahead of the UK. As soon as followers started commenting, she quickly deleted the stories.”

And a second source said: “Zara has been rumbled. Once her followers pulled her up, she quickly deleted all the evidence.

“Sam has gone silent on his Instagram, which is probably the more sensible thing to do.”

OK! online has approached both Sam and Zara’s representatives for further comment.