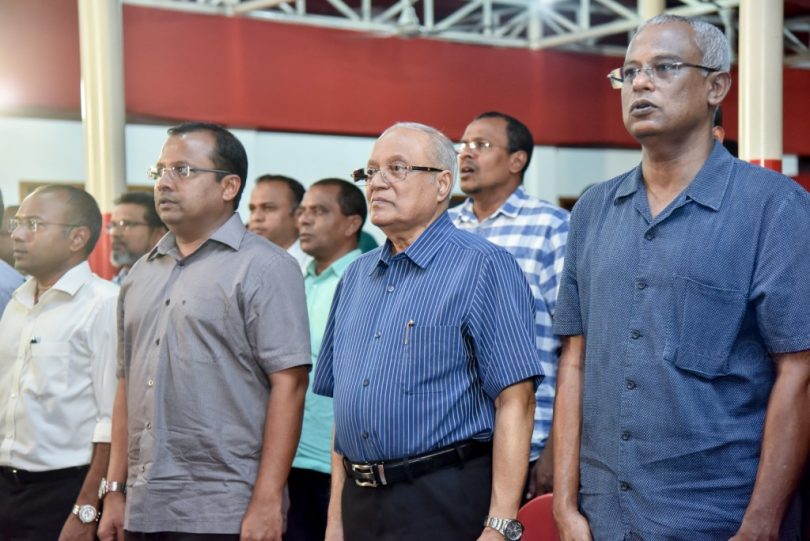 The original Dhivehi article was published on Avas.mv website on 26th December 2017.

On President Abdulla Yameen’s current campaign trips to atolls, referring to the opposition coalition, he says as follows. ‘They are coconuts which cannot be identified from which type of tree it came from and just a cocktail of assorted fishes packed in one can’. even the coalition parties’ members also don’t know which ideology to support, he has repeatedly said

His remark is not only based on the current situation. Even earlier this year when Jumhooree Party Leader Qasim Ibrahim, Adhaalath Party Leader Imran Abdulla, former President Maumoon Abdul Gayoom and former President Mohamed Nasheed, signed a coalition pact on 24 March and started working together, the government supporters kept saying that there is no way that they will all agree and support one ideology. And when the time comes for the election, and if they have to unite, they will disperse, the PPM leadership continuously says.

To say that to date things have happened as the government had predicted, won’t be a lie. It is said so because the opposition was unable to hold the government responsible through the parliament. What they were only able to do was ‘underestimating’ President Yameen’s strategy. And as the year has come to an end, and the clock is continuously ticking away for the next year’s election, the opposition has not yet been able to identify a candidate. Even now the opposition is late to nominate a candidate.

So the biggest question raised now is, what has the opposition achieved along with the current strongest political ‘forwards’ within them? Although each leader has kept coming up with a different formula to beat President Yameen, in this political season, how much of a hope does the opposition is able to give to its citizens?

‘The first thing we are saying is that they can’t work along with President Nasheed. Qasim and Imran have also experienced that, and the opposition leaders are out there with different agendas, some want to push their children forward, the others want to grow their business, that is how things are. The citizens don’t have much of a hope on that,’ said PPM PG group leader and Vilimalé constituency MP Ahmed Nihan Hussain Maniku.

How far ahead is one candidacy discussion? 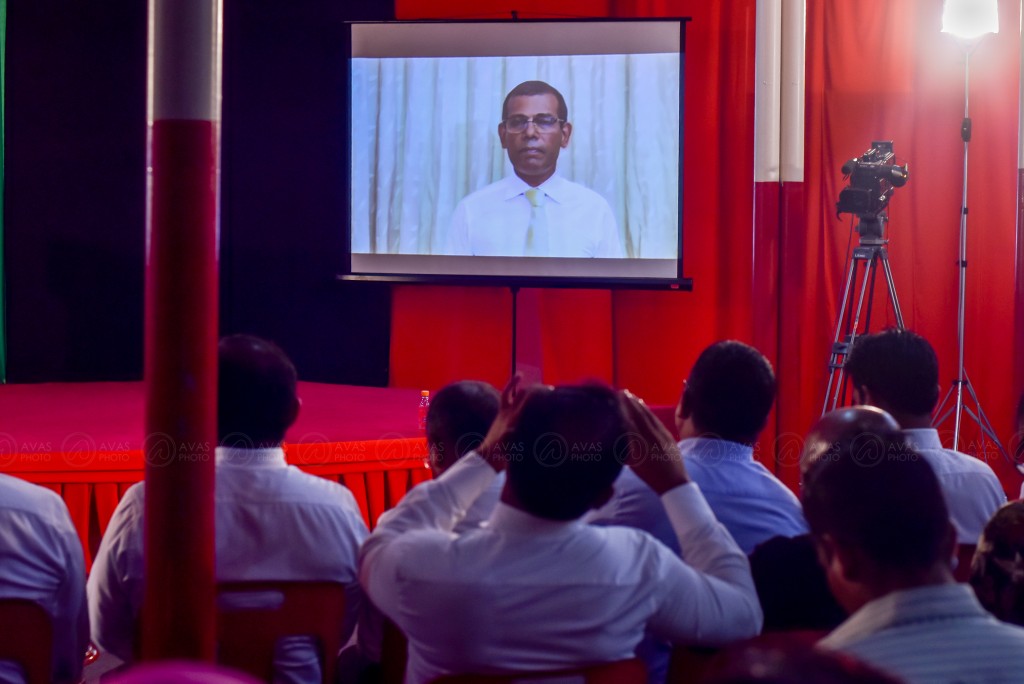 So far the only work that has been done towards it, was MDP approving to hold a primary to select the single candidate. However, if the opposition goes for a primary to elect an interim candidate like President Nasheed has suggested, the majority of the votes will definitely go to MDP. As MDP has the most number of members amongst the coalition parties. Therefore, the opposition believes that the four leaders should have the chance for a fair and free primary with equal opportunity.

‘Now there are 2 ways to do it, that is to hold a congress with an equal number of members representing each of the parties and select a candidate. And, no matter what the result is, all leaders come together to win the election. The other option is, each party nominate a separate candidate and when the first round of the presidential election is over, all leaders to support the candidate that makes into the second round,’ a member of MDP revealed to ‘Avas’ online. 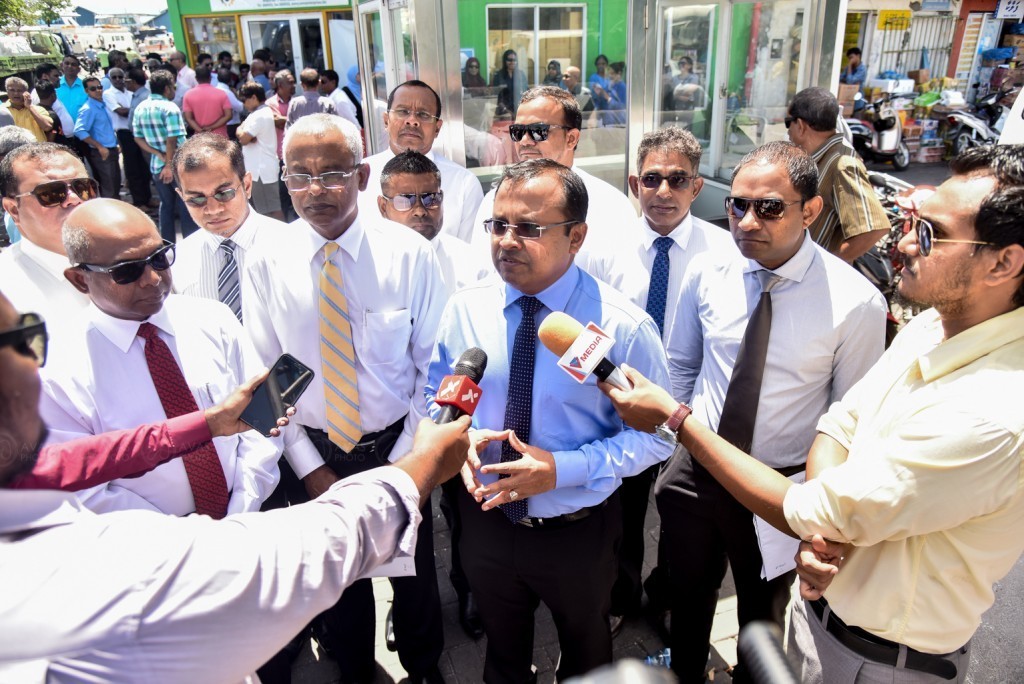 For an equal opportunity primary, there could be other problems that might arise. Firstly, MDP and JP are ready for a primary. Whilst, as their single candidate both parties want to nominate President Nasheed and Qasim respectively. However, both of them are banned from contesting in the presidential election. In MDP, members’ support is for President Nasheed. However, they are not discussing an alternative candidate, when at the last minute President Nasheed is not allowed to contest.

‘We are always working hard and also hoping that Nasheed can contest. As there are works to be done through international pressure and through parliament. The party is also in talks with another backup plan,’ the MDP member said. 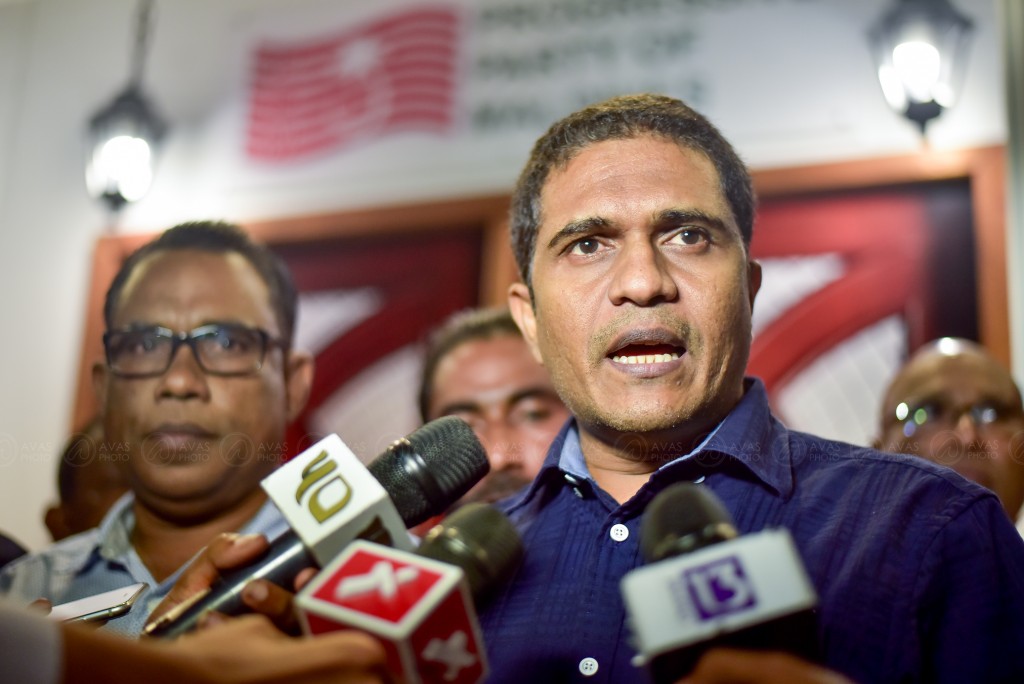 In the case of an interim leader, some politicians feel that President Nasheed proposed it in the first place, to bring a ‘puppet’ leader of MDP and position himself to win the election. However, there was news of JP protesting against it on the very day of the announcement. Rumours were also was spread that President Maumoon protested to the idea too. People who believe that Adhaalath Party is just a proxy of JP and that it is directly funded by Qasim Ibrahim, are also not less too. Therefore, it can be assumed that as long as Qasim remains, Adhaalath Party will follow the direction that JP takes.

‘The reason why the opposition coalition doesn’t work is that they don’t know which way to walk. They don’t know which path to take. The conflict amongst them is immense, they are at the point where they feel no one else should become the leader except them,’ Nihan said.

A new coalition from within the opposition? 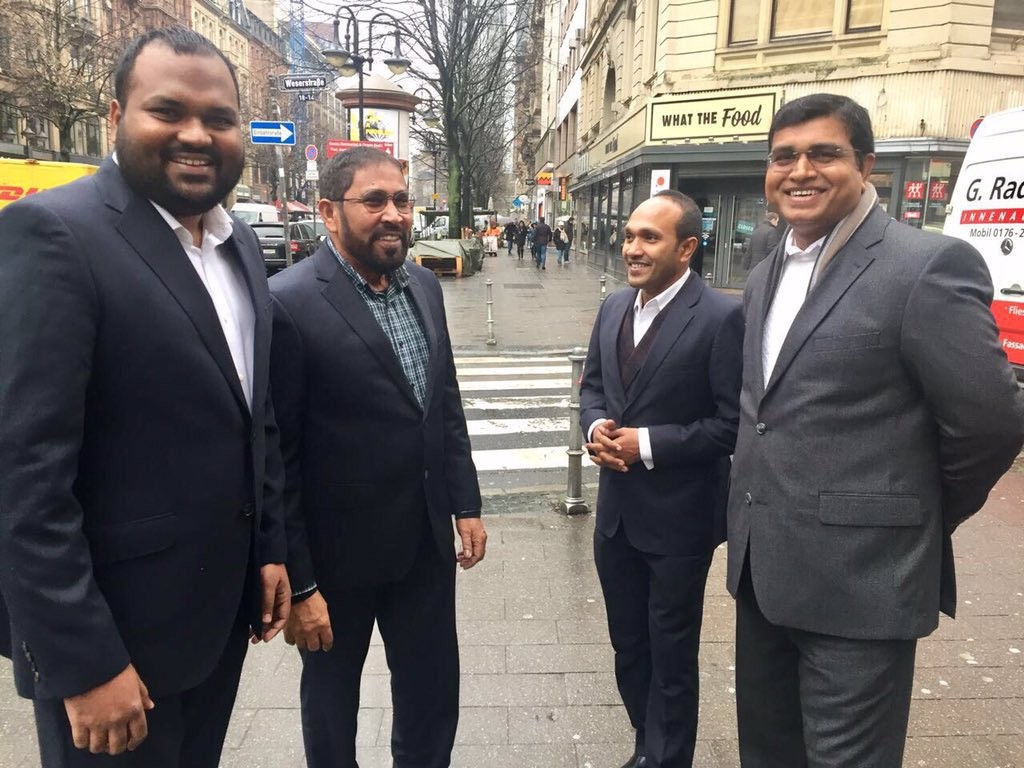 While talking about the opposition, we should remind ourselves that there is a new political movement now. That is evident from the meeting with Maldives United Opposition leaders, MDP’s former Chairperson, and former Vice President Mohamed Jameel with former Home Minister Umar Naseer. The fact that they are heading towards one table is a reason for the opposition coalition in Malé to think deeply.

There is one reason why thinking amongst Ali Waheed, Jameel and Umar, coincide. That is the 3 leaders disagrees to form a union with the new coalition. Umar still goes on to say that he will not work with Nasheed. Jameel and Ali Waheed keep indirectly saying that they do not wish to work together with President Maumoon.

Therefore, after discussions, the next scene was 3 leaders heading towards JP. And rather than supporting the ideology of President Nasheed and President Maumoon, the scene is changing to that of JP nominating their own as the leader. After joining that party Umar’s first statement had a strong inclination to that notion.

‘It is obvious that JP is in a coalition, and they’re working hard to nominate a candidate for the coalition. It is a very important work. For this work, JP must give their full support. The only thing that is standing against that is that there is no formula,’ Umar said. ‘Therefore. without enslavement, JP must ‘test the wood’, and as the kingmaker, the party must become the party king.’

When JP becomes the ‘kingmaker’, and party’s status is to be raised, as per the current scene, it can be assumed that the candidate from that party will be Umar. However, it won’t be something that MDP will be pleased about, the party had been very publicly saying that. If things go like this, a big brawl is likely amongst the opposition. Umar could possibly become a big ‘storm’. 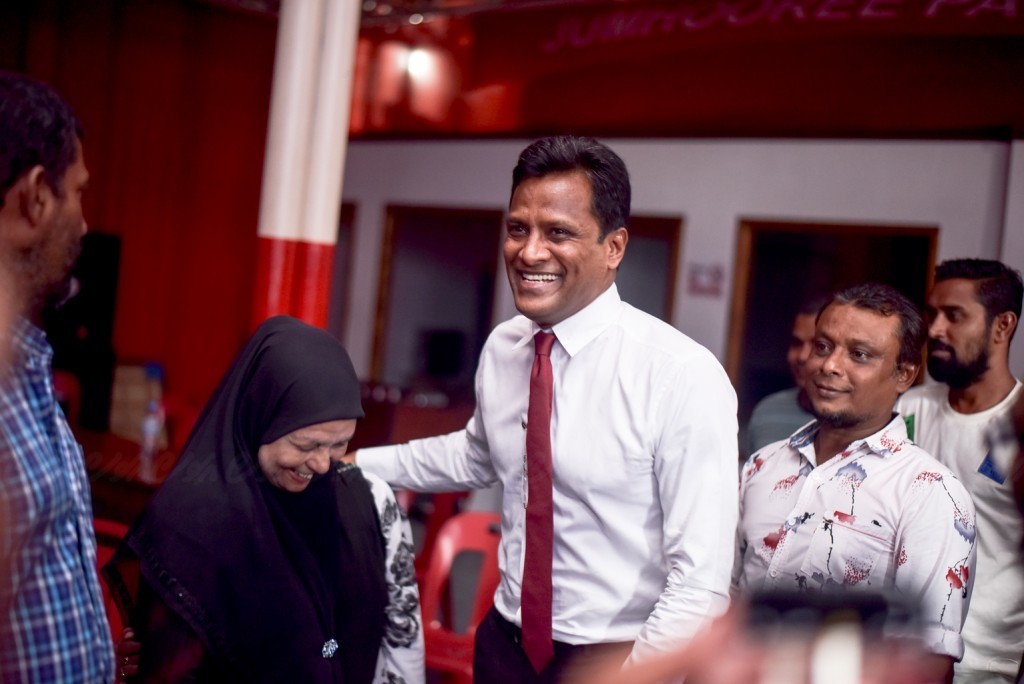 When considering all these, we still, have to say the same thing as was said earlier this year. While facing the presidential election next year, the opposition is still not able to show anything that gives hopes to the citizens. And, it has been over a year since President Yameen has started PPM campaign for a second term. For the common party member and those who support the opposition ideology, seeing them weaken will crush their hopes.

Nevertheless, are strong leaders contesting with a leader having just ‘25% voters support’, disbanding before even a year? Or will the oppositions formula work and in 2018, renew hopes? Regardless, there aren’t many days for changes to take place in the political arena.