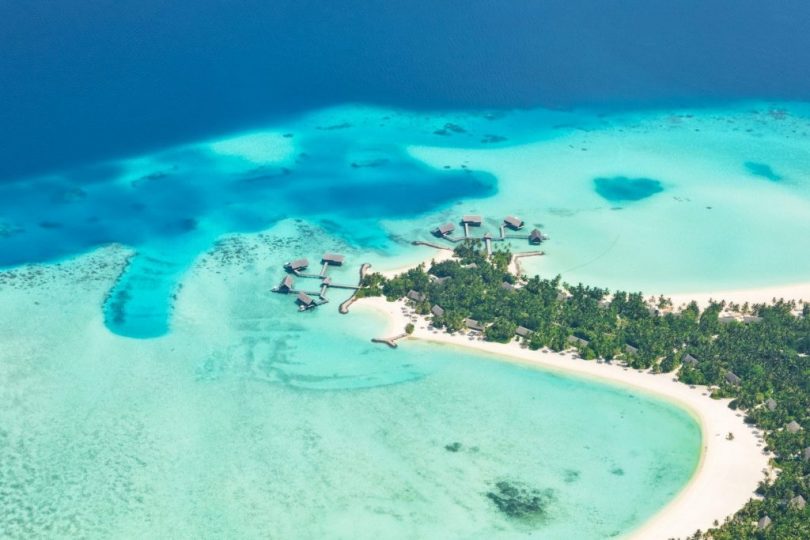 Small island nations around the world are feeling the devastating fallouts of the coronavirus pandemic, and probably none the more so than the Maldives in the Indian Ocean.

A prime luxury holiday destination, the Maldives is highly reliant on tourism for its foreign exchange earnings, with the sector accounting for nearly two-thirds of the Maldives’ GDP according to World Bank’s estimates.

When the country’s first two cases of coronavirus were confirmed to have spread from an Italian tourist who stayed at Kuredu Resort & Spa in early March, the entire hotel, as well as the island, were locked down to contain the virus spread.

Locking down islands to contain the spread of coronavirus became a key tactic used by the Maldivian authorities, while flight routes were also suspended, widespread testing conducted, and several luxury resort islands turned into quarantine facilities.

The Maldivian President Ibrahim Mohamed Solih subsequently announced a blanket suspension of its free on-visa arrival for all nationalities and closed its borders to incoming tourists, bringing the once-lucrative tourism sector to a standstill.

Without a domestic tourism market, the Maldives may be staring down a harder recovery path than other countries as it seeks to find a right approach to reopening its tourism-reliant economy without jeopardizing public health.

Relying on the Maldives’ tiny domestic sector will not be practical when island resort stays do not rank highly for the population of half a million in the archipelagic nation, stated Suresh Dissanayake, assistant vice president of sales marketing for Heritance Aarah & Adaaran Resorts.

By the nature of their tropical island origins, Maldivians are naturally more inclined towards visiting regional destinations like Sri Lanka, Kuala Lumpur and Bangkok for their shopping and nightlife attractions, according to the hotelier.

The Maldives, therefore, can only look to foreign markets to jumpstart its tourism recovery.

But tourism marketing strategies cannot revert to its pre-pandemic playbook, as bilateral agreements will be key to the country’s post-crisis recovery efforts, according to Thoyyib Mohamed, managing director of Maldives Marketing & Public Relations Corporation, the country’s tourism board.

“We understand that destinations are not in a position to open up to the whole world. Countries are likely to open up on a bilateral level,” he remarked during a Pacific Asia Travel Association webinar earlier this week.

China, as the Maldives’ biggest tourist source market with numerous direct air routes established between the two countries, is “a good bet,” he wrote in a recent opinion piece. “At the moment, however, all Chinese tourists returning from abroad have to spend 14 days in quarantine in China — not a particularly attractive prospect for would-be tourists.

“The Maldivian government will have to work with its Chinese counterpart on a bilateral agreement that allows Chinese tourists returning home from the Maldives to avoid quarantine,” he suggested.

Gary Bowerman, director of tourism intelligence and marketing for Check-in Asia, on the other hand, expressed scepticism about the scale and scope of Chinese outbound travel this year owing to the extreme caution the Chinese government would go to prevent a second wave of infection. “The Maldives is also a fairly long flight from China, and I wonder if the first wave of [Chinese] post-pandemic out-bounders will select shorter air trips,” he said.

India and Southeast Asia also make strong contenders as initial target markets for the Maldives, said Dissanayake. While awaiting further details from the government on when the country would reopen its borders again, he is holding out hopes that some Adaaran resorts might be able to restart operations come July or August when major global carriers like Emirates are expected to resume regularly scheduled flights.

A Return to Luxury Roots

The post-coronavirus era is unlikely to see the immediate return of the mass market – and that may not entirely be bad news for the Maldives even though the destination has acquired a more mid-market appeal in recent years.

“Due to the nature of the coronavirus pandemic, it’s almost certain that mass tourism won’t be making a comeback to the Maldives soon,” Damian Cook, founder and managing director of E-Tourism Frontiers expressed during the Pacific Asia Travel Association webinar.

This is because post-pandemic travel is expected to become more expensive with the introduction of new sanitation measures such as sterilization of luggage, vapour tunnel to disinfect passengers and deep-cleaning of aircraft, said Cook. Furthermore, he believes would-be international travellers, at least in the initial recovery phase, would be led by the more intrepid and risk-averse types and those in possession of more financial resources to travel.

Which is why the ultra-rich segment makes an ideal target for Maldives’ post-pandemic tourism marketing strategies, Shivdasani highlighted in his opinion piece.

“Beginning the process of opening up by allowing private jets to land has a number of advantages: there are few passengers on board, who can be immediately isolated in the airport’s VIP lounge and tested for the virus upon arrival,” he recommended.

Key to this will be rapid testing kits which can deliver a result in minutes rather than days, said Shivdasani. Travellers who test negative can continue their way to resorts, while those who test positive can be quarantined at one of the resorts converted for such purpose.

According to Shivdasani, Soneva has received around 20 enquiries from people seeking to travel to the Maldives by private jet. These moneyed travellers had expressed their intention to stay in the resorts for upwards of a month to escape lockdowns back home.

“Although they amount to less than a couple of hundred people, these guests will likely spend around $5 million in total, generating some $600,000 in GST for the government,” he wrote. “High-end clients spend large sums of money compared to other tourists, so even allowing in a few private jets generates considerable revenues,” he added.

Like Shivdasani, Dissanayake believes the Maldives’ image of exclusivity will enhance the destination’s overall safe perception for international travellers. He said, “Our one island one resort positioning is an exemplification of social distancing at its best.”

After all, the provisioning of space is already an inherent feature at many luxury resorts in the Maldives, said Dissanayake. At Adaaran’s six resorts operating in the Maldives, for example, meals were flexibly served at five or six spots instead of a buffet line, he shared.

The coronavirus crisis may have devastated the Maldives’ tourism-reliant economy, but it has also opened up questions about the future tourism model – and identity – that the destination wants for itself.

“Overtourism has been solved but the question is whether we want them back,” said Cook. “This is a reset for Maldives tourism and a chance for us to rebuild tourism.”