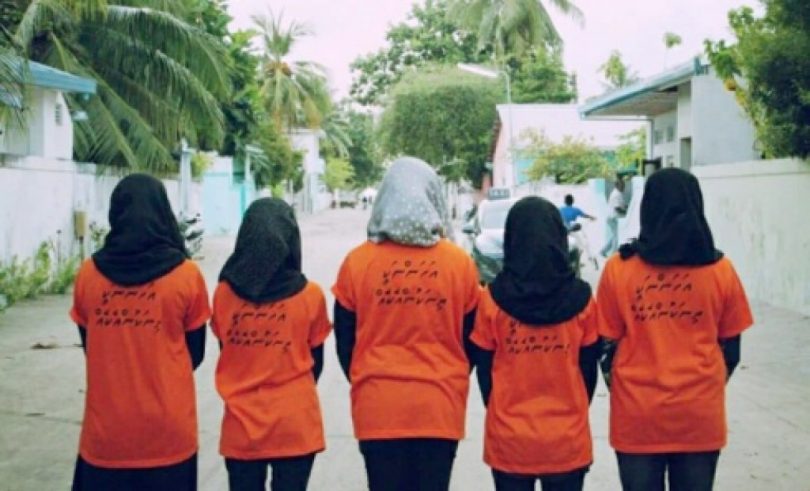 The original Dhivehi article was published on Avas.mv website on 7th January 2018.

Most won’t like to talk about rape or inhumane abuse. Even when we approached a few on the street some women replied, ‘We do not want to talk on such a topic.’

For the girl who encountered such an ’embarrassing’, traumatizing ordeal and to reveal it to the media, most were forced to commend on her bravery and courage. Although many don’t know who the 19-year-old is, there isn’t a person who is not supporting her.

Aminath Nadira who advocates for women’s rights said, that the girl who talked about rape is very brave and that justice needs to be served.
To see that both genders incriminating the dirty act that the girl has endured is very satisfying, said Nadira. There are people who still believe that voicing out and protesting against societal problems like rape, is a women’s only job.

‘Praise goes out to the brave girl. If she didn’t voice out, this case would have also been kept in the coffers without justice being brought,’ a social media post said.
The rape case was continuously talked about in the media and on social media when the rape suspect Hassan Faiz of Gaafu Dhaalu Atoll Thinadhoo island, who was at that time on Thinadhoo island, was arrested. He was arrested on the 3rd day of the attack, amidst media pressure and calls from senior politicians for his arrest.
Before his arrest, Hassan had denied all of the allegations made against him by the victim. And said that his innocence will also be proven. While Hassan has made a different claim on the girl, his version of the assault was different.

The girl has also denied Hassan’s version. And raised the question as to why Hassan abruptly fled to his native island if he is not guilty.
Already aware that she would face a lot of backlashes, the girl went on to meet the media, with a big goal. Her courage, renewed hope of many. That is why she is constantly being praised.

‘Someone needs to raise their voice, to change the inherent rape culture in our society. The perpetrator needs to be punished for their crime. I won’t remain silent. He robbed me of my innocence. I want justice. I am raising my voice, for the rights of all those other girls and women who were kept silent in their ordeals. He might be someone of political influence, however, he cannot hideaway after committing a crime,’ said the 19-year old’s powerful message.

Sexual abuse remains rife in the Maldives. Last year itself, 417 sexual offences reported to the police. 3 cases have already been lodged this year.