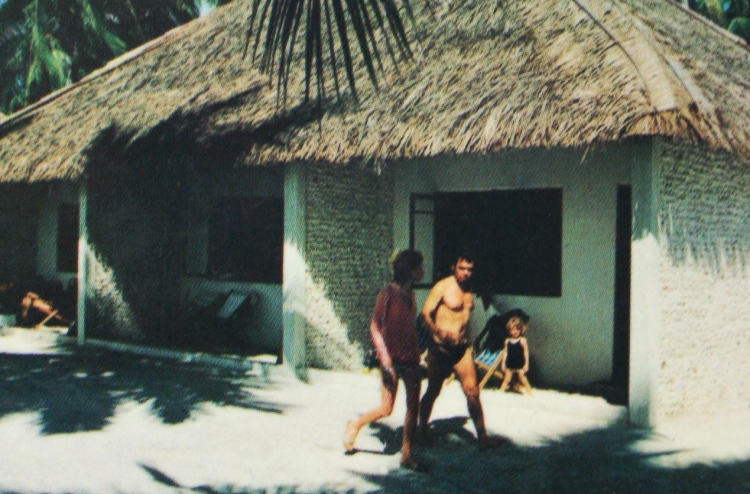 The original Dhivehi article was published on Mihaaru.com website on 18th December 2017.

How many people would remember the price a Maldives resort bed was sold 40 years ago in the peak season? People of today will certainly be shocked by that price. However, if you consider that period, it might have been a high price.

The Maldives, which is considered today as a popular travel destination, cost only USD 14 per person for a resort room for two persons including all meals in 1976; for a single person, it was USD 25.

The dollar exchange rate for the Maldivian Rufiyaa was below MVR 7 per dollar.

Back then, Maldives tourism was based on Europe’s winter season. After that, it would be offseason. However, even during the off-season, resort rooms were sold at USD 14 per person for a double room. For 1 person, it was reduced to USD 20.

In those days, the airport transfer charge per person was USD 1*. 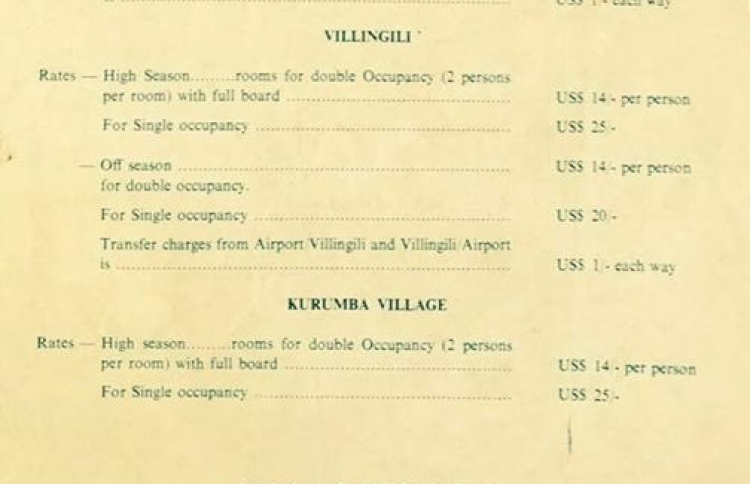 Room rates back then

45 years ago, in 1972, tourism began in Kaafu Atoll Vihamanafushi Island (present Kurumba Maldives). On average, now a room in that resort costs USD 600 per day. However, back then during the peak season, the resort sold a room for USD 14 per pax, including all meals.

Following the opening of Kurumba Maldives resort, Bandos Maldives and Villingili resort also charged almost same rate. However, at Baros and Furanafushi (the present Sheraton Maldives Full Moon Resort & Spa), the rates for 2 persons with a full board basic meal plan was at USD 12.50 per person and for 1 person, it was USD 16.50.

Back then there were just two travel agencies operating in the Maldives. Crescent Tourist Agency, established by former President Ibrahim Nasir and Niuman Tourist Agency formed by one of the pioneers of Maldives tourism, Koli Mohamed Umar Maniku (MU Maniku), in collaboration with the former MDP government’s Foreign Affairs Minister, Ahmed Naseem.

Tourism: Now and Then

Standards of the resorts also also low back then. In most resorts, except for Scuba Diving, there were no other activities available.

The resort room rates started to rise in the 1980s when new resorts were opened combined with new standards and with the introduction of more facilities.

In the present day, an average guest house won’t be selling rooms at USD 50. In the peak season, the average room rate of Maldives resorts was above USD 200. And the top class resort room rates began at USD 500. 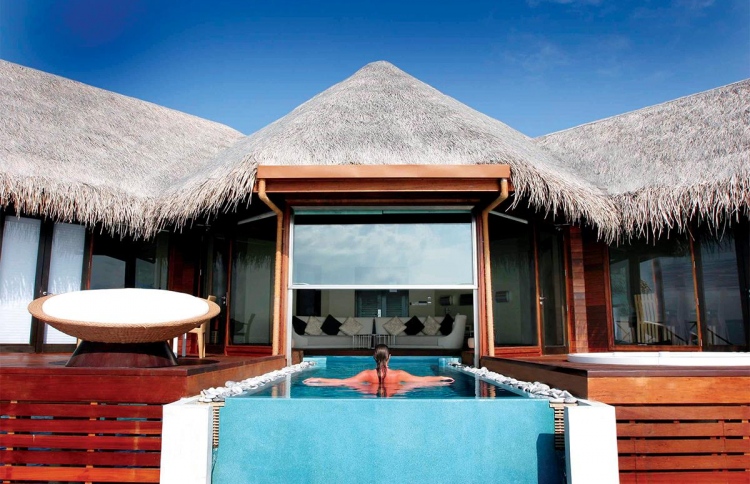 ‘You cannot compare the room rates of those days to now. Maldives tourism has expanded a great deal today,’ a tourism expert said.

‘The average guest house standard will be so much higher than a top-notch resort in those days.’ 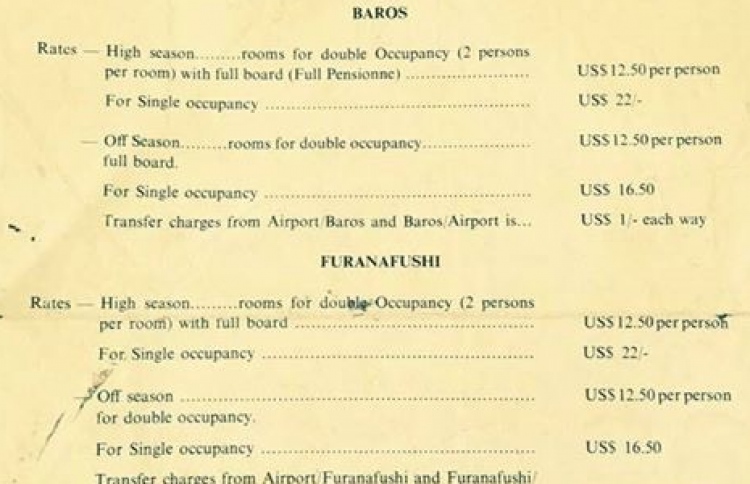 Some of the earliest invoices from Maldives resorts

During the past 45 years, Maldives tourism has experienced a considerable amount of development. Especially during the past 25 years, with the introduction of over water villa rooms along with modern luxuries, grand water villas have spread out towards the Maldives islands’ lagoons. This captured the attention of the whole world. And because of that, it raised Maldives resorts’ standard bar to the top.

‘Maldives resorts room rates catapulted when luxury tourism spurted with the introduction of private pools and water villa rooms. Earlier a beach room was sold at USD 50. During peak season, it doubles,’ the tourism expert said. 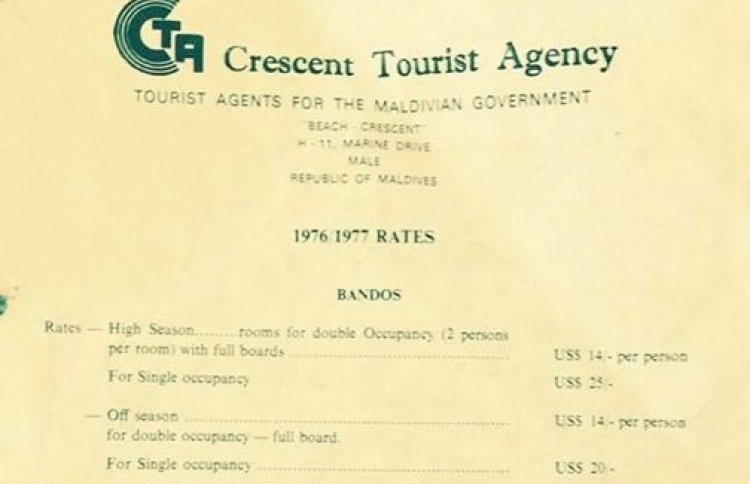 During those days no taxes were levied on the tourists like today. Earlier it was just the island and bed fee. Nowadays, USD 3 is charged as Green Tax, around USD 5 as Service Charge (if a room is sold at USD 50 or above per night), and including USD 6 Tourism Goods and Services Tax (TGST). In total USD 14 is charged as taxes from the tourist.