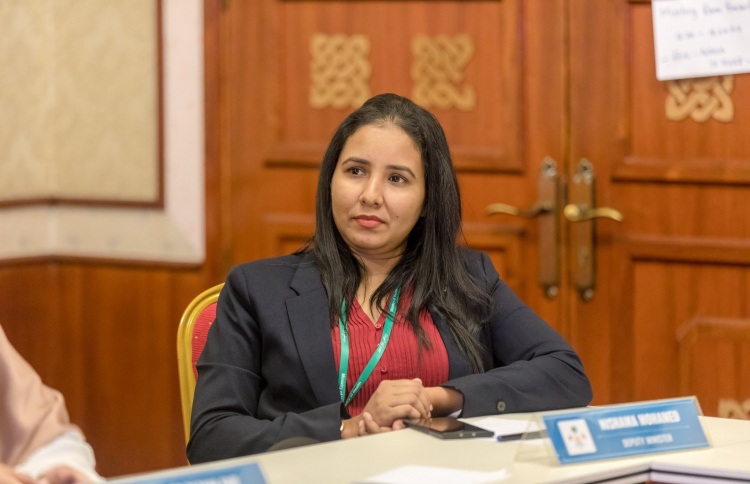 President Ibrahim Mohamed Solih, on Monday, suspended several senior officials sitting on the bid committee of the Ministry of Health, over the controversial procurement of 149 ventilators in response to the COVID-19 pandemic.

According to the President’s Office’s spokesperson Ibrahim Hood, the decision was taken before Maldives Police Service and the Anti-Corruption Commission (ACC)’s joint investigation concludes.

The bid committee is chaired by the Deputy Minister of Health Nishama Mohamed. In addition to Nishama, those that were suspended include the Minister of State for Health Dr Shah Abdulla Mahir and five other individuals within the civil service.

Moreover, President Solih also suspended the ministry’s Financial Controller Ahmed Aslam, and Deputy Minister of Health Shiyama Mohamed, for having signed off on the fraudulent tender.

Following the public uproar over the corruption allegations revealed by the Auditor General’s Office, the present Minister of Health Abdulla Ameen also temporarily recused himself from all duties, until a formal investigation is concluded.

According to the compliance audit report released by the Auditor General’s Office (AG) on Sunday, the health ministry spent millions in violation of the Public Finance Act, whilst claiming to procure ventilators and other medical supplies. A compliance report publicized on Thursday also implicates similar unlawful expenses made by the tourism ministry during the tenure of former tourism minister Ali Waheed, sacked in over sexual harassment allegations.

Both Ameen as well as Waheed, sit at the ministerial cabinet as representatives of coalition member Jumhooree Party.

The audit report further exposed bogus claims made by the Health Ministry, amid repeated probing by several journalists during the national press conferences, insisting that the ventilators were being procured from Dubai company Executors General Trading LLC under the recommendation of the World Health Organisation (WHO).

Previously, the government had confirmed having paid the Dubai company to purchase 75 ventilators for the sum of MVR 34 million.

However, the audit report revealed that negotiations between the company were rife with corruption.

As part of the ongoing COVID-19 response, the state also signed agreements with two different local companies to acquire a total of 76 ventilators, including 26 ventilators from Naadu Pvt Ltd and 50 ventilators from MedTech Maldives Pvt Ltd.

The report disclosed that agreements with both these companies were drafted in a manner that was to the state and seemingly, was deliberately formulated to enrich certain entities.

“Theft of trust and the physical theft of the state budget. He has committed both these thefts”, said Mickail Naseem, ruling Maldivian Democratic Party (MDP)’s parliament representative for the Galolhu South constituency, whilst debating on the emergency motion submitted to the Parliament on Monday, over the health ministry’s audit report.

“I call for the immediate removal of the Health Minister”.