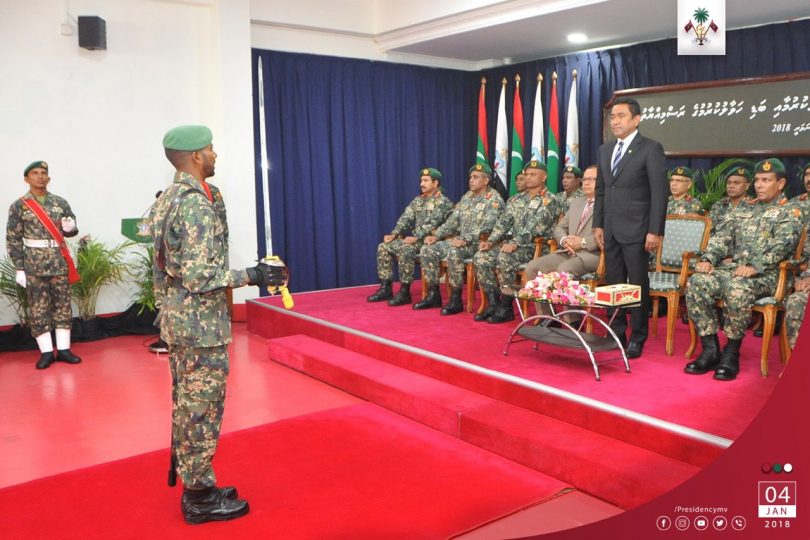 President Abdulla Yameen Abdul Gayoom has attended the oath-taking ceremony of the graduates of 63rd Basic Training Course of Maldives National Defence Force (MNDF). The ceremony was held at the MNDF headquarters, Bandaara koshi this morning.

Along with the President, Minister of Defence and National Security Hon. Adam Shareef, Chief of Defence Force Major General Ahmed Shiyam and senior officials of MNDF attended the ceremony.