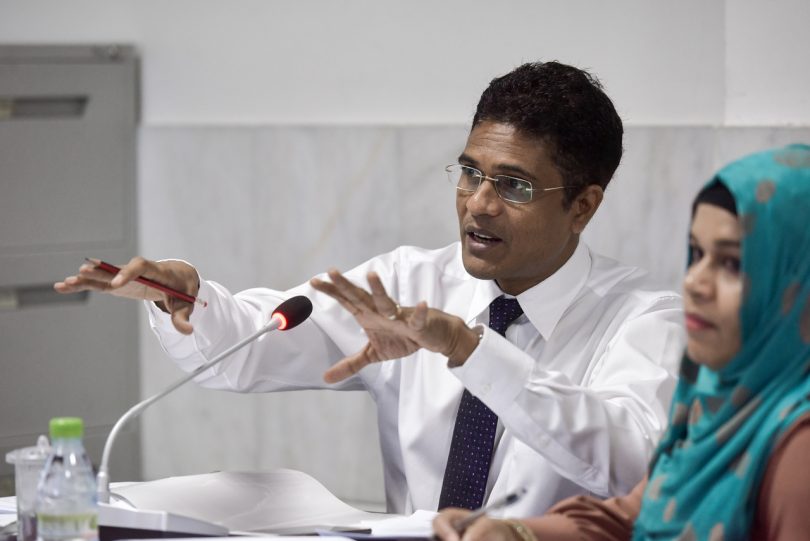 Ruling Progressive Party of Maldives (PPM)’s parliamentary group leader and Villimale MP Ahmed Nihan claimed on Tuesday that Jumhoory Party (JP)’s leader Qasim Ibrahim would be a “better fit” than former President Mohamed Nasheed as the president of the Maldives.

After Qasim emerged victorious in the poll where over 10,000 Twitter users had voted, there was significant backlash from main opposition Maldivian Democratic Party (MDP) supporters since Nasheed had landed in the bottom two, with his 2008 presidential rival Maumoon Abdul Gayoom. The poll also featured religiously conservative Adhaalath Party’s Sheikh Imran Abdullah, who was voted second most popular candidate for the presidency.

MP Nihan, who is infamously critical of the opposition, said that there are no candidates within the current opposition coalition that is fit to be the next president.

He had even taken a jab at Raajje TV claiming that, normally, around 300 people take part in polls posted by the television channel, and then went on to accuse the opposition candidates of using bots and paying money to increase votes in their favour.

“At least 9,500 Twitter bots had voted on [Raajje TV’s] poll, I am sure. For USD 8, you can get around 100 votes in these Twitter polls. But Qasim is more charismatic than Nasheed as a presidential candidate,” MP Nihan said.

Despite being coalition partners, Jumhoory Party supporters and MDP supporters clashed on Twitter after the poll, with supporters from both parties accusing each other of buying votes and rigging the poll.