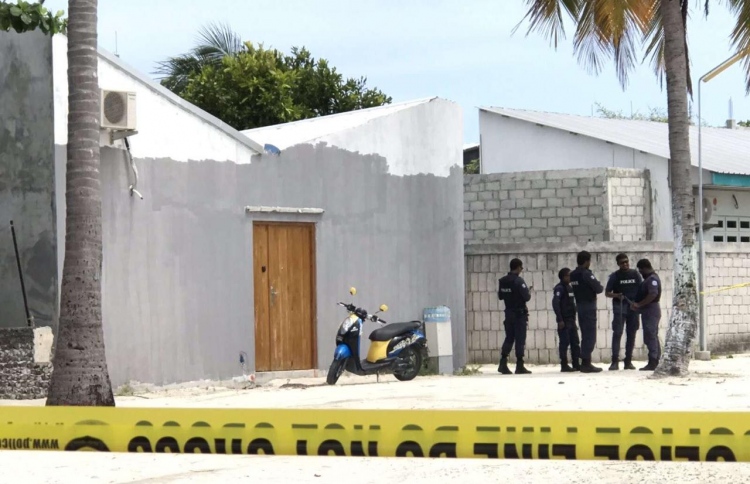 Maldives Police Service arrested six local men from Raa Atoll this week, over alleged involvement in a string of major burglaries and vandalism carried out across various islands.

Five of them were taken into custody from Ungoofaaru on the first day.

The police disclosed that following the initial arrests, they inspected three places in Maduvvari connected to the suspects, as well as an uninhabited island in the atoll where they resided at. Evidence related to the case were gathered from the scenes.

Police arrested the sixth suspect on Wednesday amid the raids. He was taken under custody and arrested with a court warrant.

The court has granted a period of seven days for the police to detain the suspects at a place designated by the Ministry of Home Affairs and carry out the investigation.

According to local reports, the suspects had banded together and stayed on the yet undisclosed uninhabited island, from where they travelled to various inhabited islands and resorts to carry out preplanned major burglaries and acts of vandalism.

Per the police, the men had stayed on the uninhabited island illegally during the nationwide travel ban previously imposed over the COVID-19 pandemic. The suspects had travelled without informing any authorities or attaining permission.

The police stated that they were further investigating the case.

In addition to burglaries where the safes of government offices were stolen from some islands, there were also arson attacks carried out in a number of islands this year. The police had previously declared that they were acts of retaliation against authorities over the police’s investigations into drug trafficking and religious extremism.