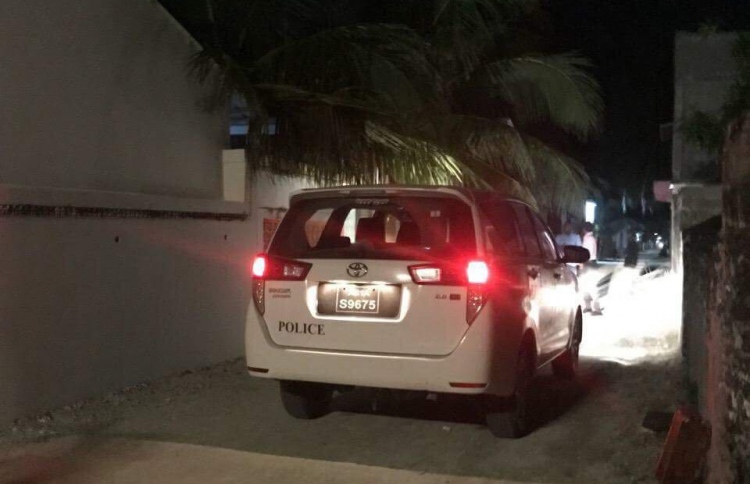 A photograph released on social media, allegedly of a police vehicle driving off with a 34-year-old man arrested over allegedly sexually assaulting a woman. PHOTO/HUSSAIN SINAN

Police captured the 34-year-old suspect under a court warrant in Thinadhoo island in Gaafu Dhaal Atoll.

According to rumours, the man had taken the 19-year-old woman to an art studio in Male under the guise of assisting her with an art project. However, Maldives Police Service has not disclosed details of the case yet.

Some media outlets have reported the victim as claiming that the man had offered her money afterwards to keep the assault secret. Reports stated that she had refused the deal and filed the case with the authorities.

Meanwhile, other reports cite the suspect as saying that the woman had tried to extort money from him. The suspect accused the victim of resorting to defamation when he had allegedly refused her.

Circulating rumours pegged the suspect as a relative of a parliamentarian. The victim had, according to some reports, claimed that the suspect had allegedly told her that he could not be arrested due to his connections.

When the assault case came to light, ruling Progressive Party of Maldives (PPM)’s parliamentary group leader, Ahmed Nihan, had declared harshly in a tweet that the perpetrator must be arrested at once and given due punishment regardless of his identity.