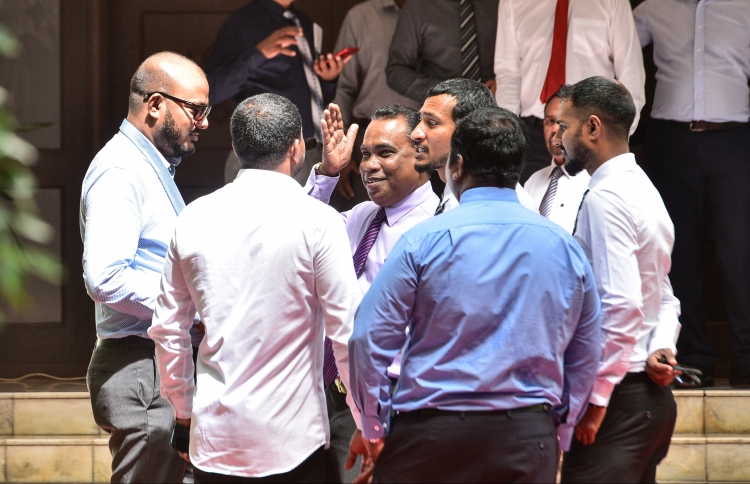 The parliament went into a two-month recess on Wednesday, ending its third term of the year.

The third term, which began October 9, consisted of only nine sittings. The main agenda of the parliament for this term was reviewing and passing the record state budget of MVR 27.9 billion for the coming year.

This year marks the third term with the lowest number of sessions. There were 16 sittings held during the same period in 2016.

According to parliamentary regulations, the two-month recess that follows the end of the third term officially commences on December 1. However, the parliament began recess this Wednesday as there were no sittings scheduled for the day and, with Thursday a public holiday, no more sessions can be held before the end of the month.

However, the parliament speaker had not officially announced recess at the end of the sitting held last week Wednesday.

The new term will commence in February 2018, though regulations allow the parliament to hold special sittings prior to the term beginning if it sees fit.

Some parliament agendas in the last term:

Similar to the second term, most of the sittings in the third term took place amidst the loud protests of opposition lawmakers.

The joint opposition had submitted a petition seeking a motion of no confidence against the speaker with 45 signatures earlier this year. However, the Supreme Court had issued a prickly ruling on anti-defection in July, after which the Elections Commission declared that four of the MPs who gave their signatures have been unseated. Subsequently, the parliament had quashed the petition, saying that the number of “valid” signatures were now fewer than the required minimum of 42.

Opposition lawmakers, however, refuse to recognize the disqualification of the unseated MPs, and they maintain that parliament sittings cannot be allowed under Maseeh’s watch until a vote is taken on the censure motion. With chaotic protests in the chambers at nearly every session, the tables of the speaker and administration were finally raised at the beginning of the third term with a wooden “wall” erected around them.