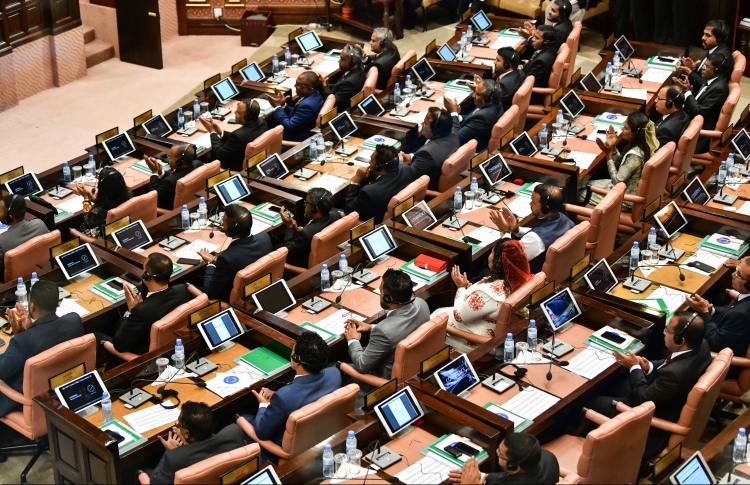 Parliament on Monday passed an amendment to the Criminal Procedure Code, authorising court hearings to be held via video conferences under special circumstances.

The bill was initially passed by the Parliament’s Judiciary Committee after several reforms. As it currently stands, video-based hearings will be held during a state of emergency declared by the government.

The bill was subsequently passed by 58 votes in favour and one against by the lawmakers in attendance at the 12th sitting of the second session of 2020.

According to the amendment, only specific types of hearings will be held over video conference, including remand and preliminary hearings.

Although hearings will be held under the consent of the accused to waive their constitutional right “to be tried in person and to defend himself through legal counsel of his own choosing”, as stated in Article 51, Section (f) of the Maldives’ Constitution, video-based hearings will not be applicable to those with mental disorders and individuals that have confessed to their crimes.

The bill also extended the duration to press charges, as well as the period for appeals during the state of emergencies.

Several unprecedented video-based hearings were held by both appellate and lower courts during the ongoing COVID-19 outbreak in the country, including the Supreme Court’s first live virtual hearing and the first divorce hearing held by the Family Court.