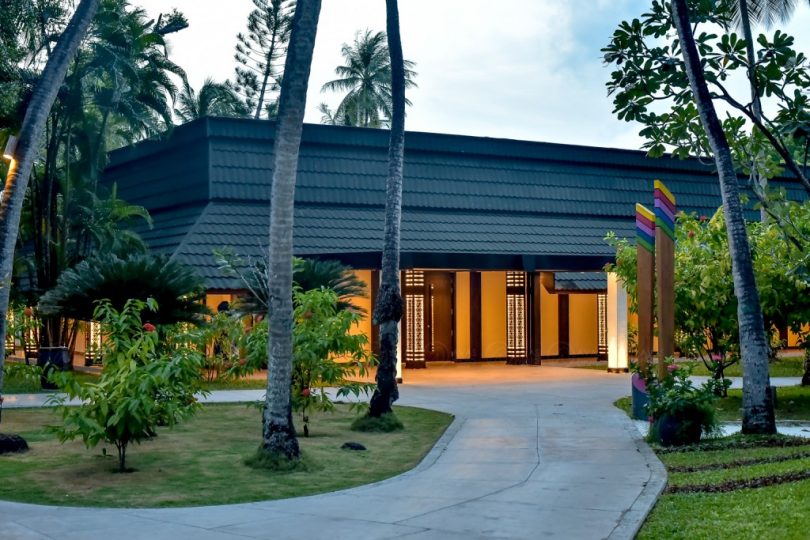 The original Dhivehi article was published on Avas.mv website on 7th September 2017.

Today is a big day for Paradise Island Resort and Spa Maldives, which can be reached in 20 minutes by speedboat. It is also a historical day. The inauguration of the Seventieth Session of the WHO Regional Committee for South-East Asia is taking place in this resort. This big conference of health ministers around the world is taking place at the new convention center. Named ‘Dhinasha’, is a purpose built state of the art convention centre for meetings and events.

The resort was first developed in 1994 and renovated several times, and did have a convention centre even previously. However, the old convention center had similar facilities to that of nearby resorts to Malé city — Bandos Maldives and Kurumba Maldives. 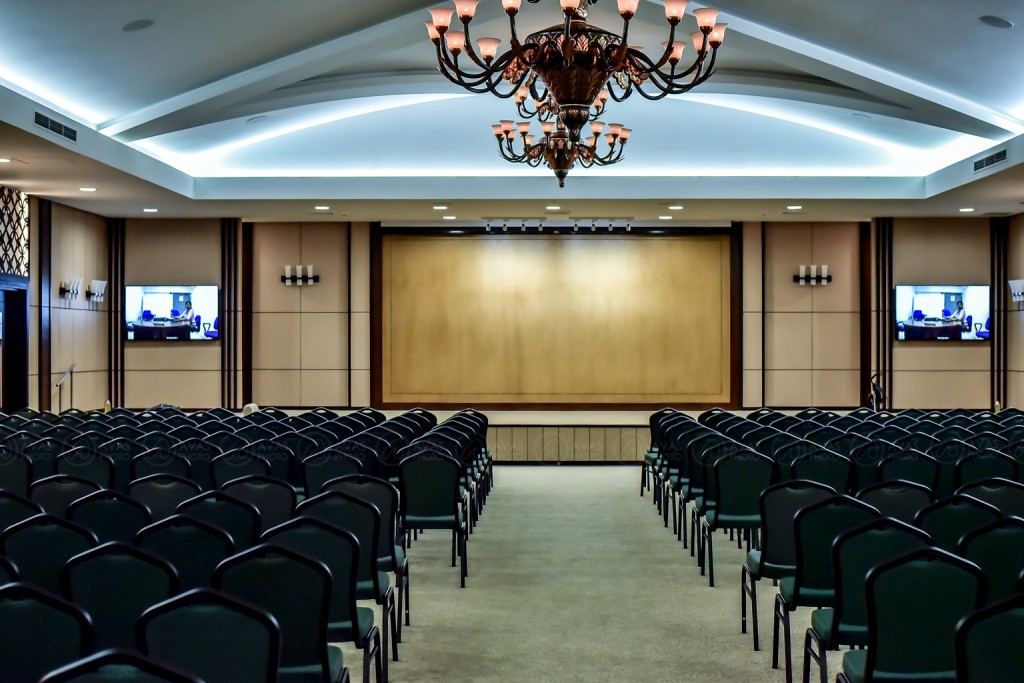 ‘We had a convention center even before this. It can still be available for service. However, now we have revolutionized the way in providing Meetings, Incentives, Conferences, Events (M.I.C.E.) service. We have brought convention facilities to Paradise resort after increasing the capacity and enabling the best set of modern facilities. We did that after strongly feeling that Maldives needs this kind of facilities, immensely. As it happens this convention unveiled with a monumental event and it makes history because of the latest facilities available here,’ said Gaisar Naseem, General Manager of Paradise Island Resort.

This four-star resort with almost 700 employees, located almost in the center of the island, offering high-end catering, with an occupancy of 500, is a complete convention center. Offering almost 300 beds, the resort has been providing excellent service by providing the ultra sophisticated technology.

‘We strongly wanted it and built this facility. We would keep on improving Burunu convention center and keep it available for events. However, this (new) convention center meets the full spectrum and the high-end of the standard convention center requirements, this is a history making move, that made a historical change and a great leap forward for the Maldives,’ said the Fuvahmulah island born young General Manager, hurriedly while sitting in the resort’s lobby being interviewed by Avas online news. ‘Paradise’ resort’s convention facilities will be going from Burunu nakaiy to Dhinasha Nakaiy, Maldives and Maldives tourism will hugely benefit from this. Especially for the brand new and expanding M.I.C.E. tourism.’ 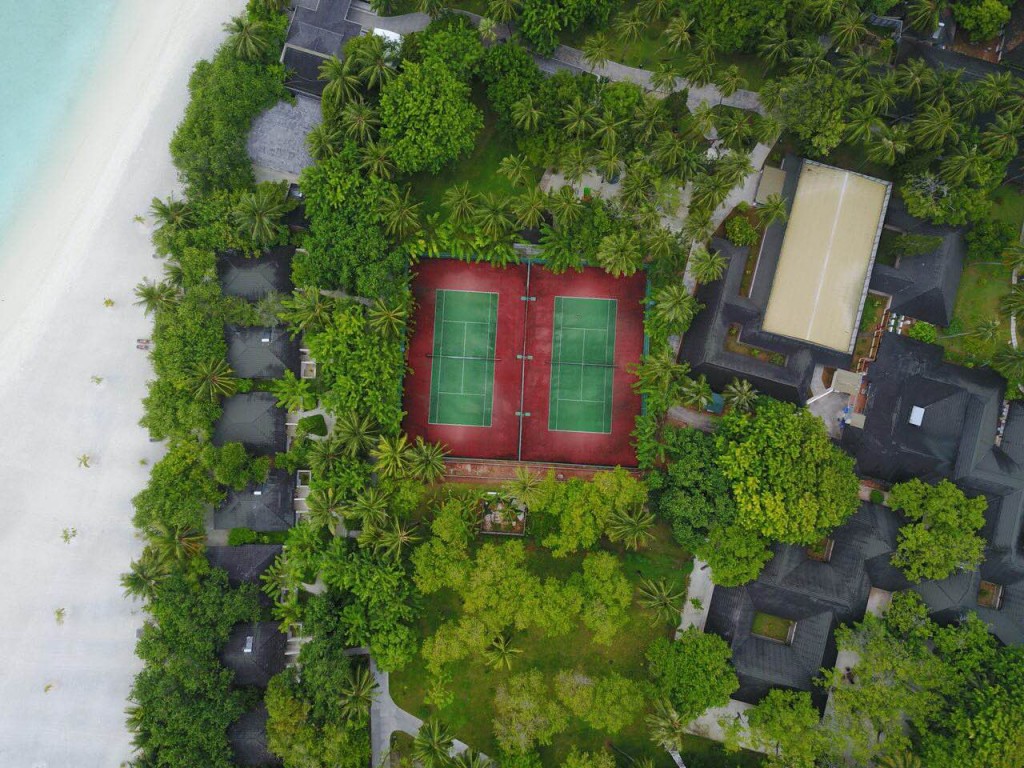 Drone view of the convention centre

Gaisar by himself, a first for him, showcased Dhinasha convention center from above after sending off a drone to the sky. Developed close to the center of the island, with the main hall surrounded by break-away rooms, it looks sensational also from above.

Ideal for presidential, ministerial, similar or other dignitaries, for special highlighted meetings, 6 break-away rooms on the side, washrooms, the banquet hall connecting to the resort’s main kitchen, along with other necessary facilities, looking at all this from above, it is certainly stunning.

‘The technology and facilities used in the convention center’s shape has evolved, and we will be able to cater to all needs at Dhinasha Convention Center. This is so far, Maldives’ top M.I.C.E. center,’ said Gaisar. 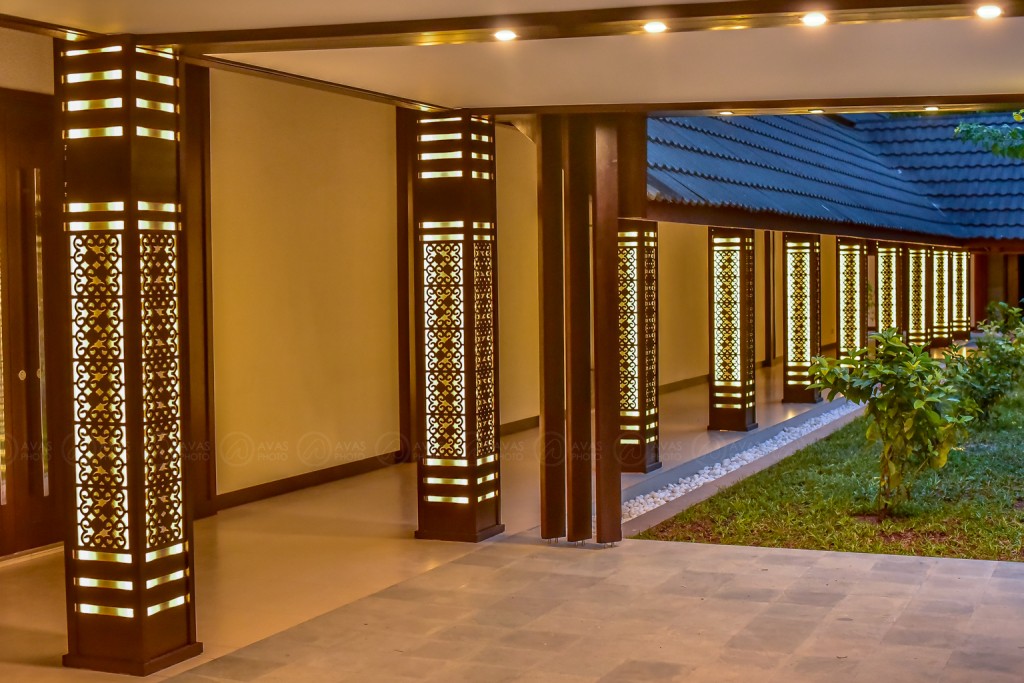 Outside the convention centre

The planning, designing and technology from the start to the end, was done by Indonesian experts with a proven track record in the business.

‘They wanted the center to relate to the maldives, simultaneously with a look that is easy for the eye, also without overdoing it. It was also essential to have a look that goes along with the rest of the resort’s other facilities. The whole look was to resemble a bit to the interiors of 1970s upper class people’s houses, not entirely though. The lightings were done matching to the island and to identify it as a special place. No area is overly done,’ said Ibrahim Solih, the reservation manager and the leader behind the more than 100 staff team who worked in building the facility.

Whilst this outstanding Dhinasha convention center has become a convention facility with the most occupancy in the zone, this would also open up great opportunities and growth for the recent developing Maldives M.I.C.E group tourism. Especially when Maldives is now making room for major international conventions, thus, solving the various issues faced earlier and eliminating that headache. 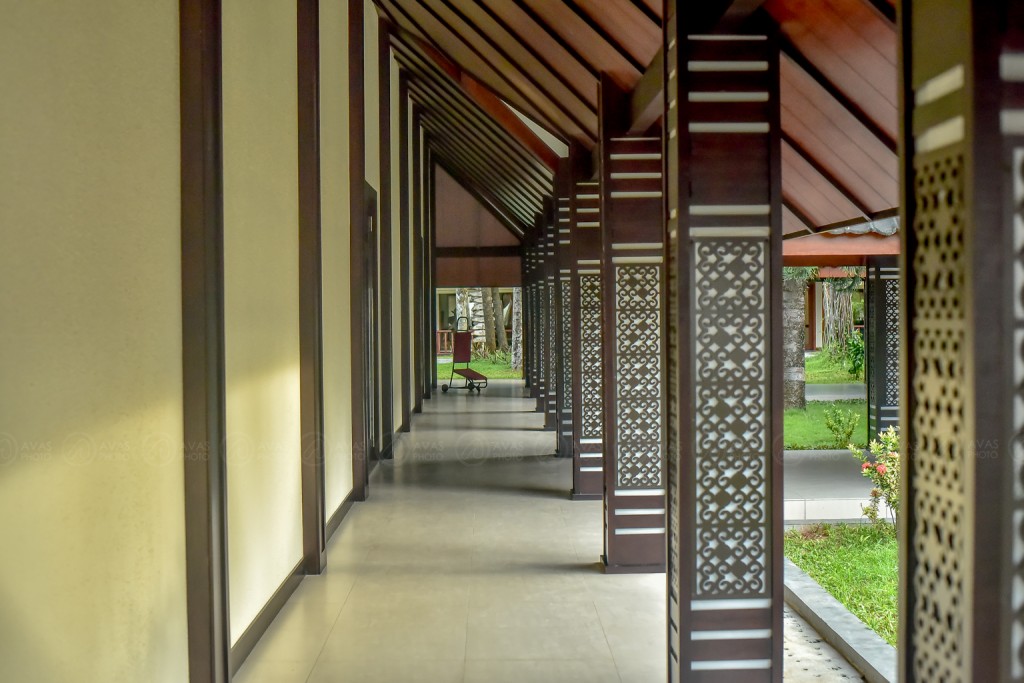 Outside the convention centre

Gaisar said the thought to build a convention center that lies in the heart of the island, cropped up after recognizing the obstacles faced by top class international standard conferences and summits when heading towards the Maldives, whilst also considering the huge demand for M.I.C.E. tourism.

‘After the idea’s conception and while building the facility, current huge WHO conference initiative, gave a mega boost to finish it sooner,’ said Gaisar. ‘There is a great demand for M.I.C.E tourism in asia. We also get many opportunities and we get approached. This creates a huge demand for M.I.C.E. group and because of our facilities, we are taking that demand to further higher.’ 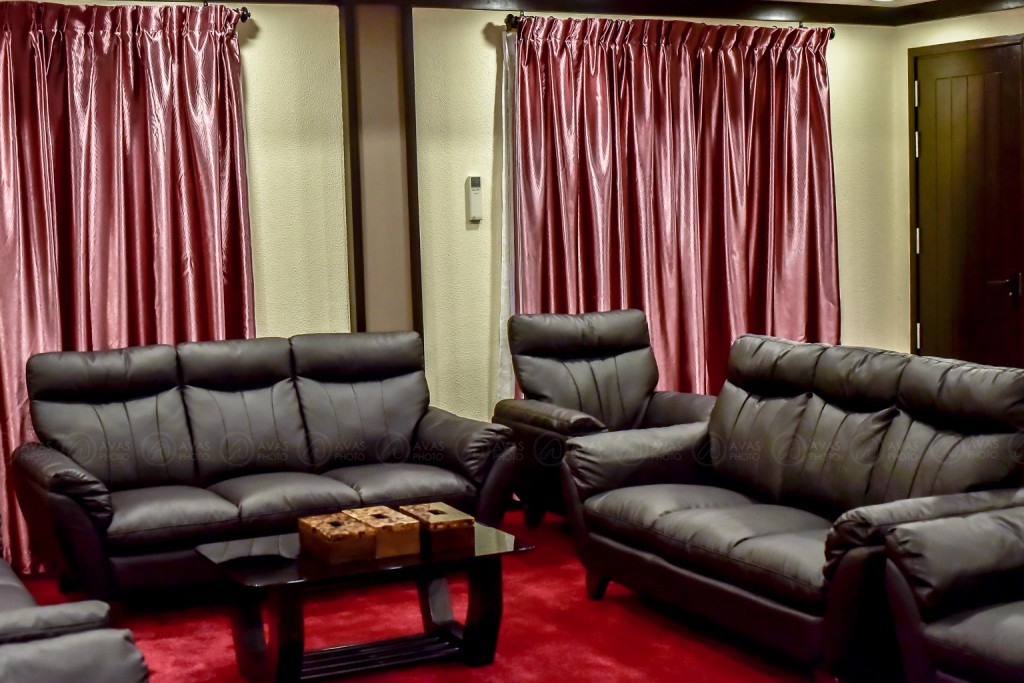 There is a flawless system established in this resort where multiple transfers (speedboats) can be simultaneously handled, without any effect from bad weather. Along with this convention center, it also opened the gateway to big wedding reception celebrations and other big events.

‘That is one reason — due to the lack of space in Malé city, we do not have the chance or room for this. So after 20 minutes of a speedboat ride from Malé, arriving in Paradise Island Resort, here you would find all the finest facilities,’ said Gaisar. ‘Dhinasha is a great convenience for all’.

The resort’s convention facility convert from Burunu to Dhinasha convention center, was an exemplary change. To a remarkable Dhinasha.