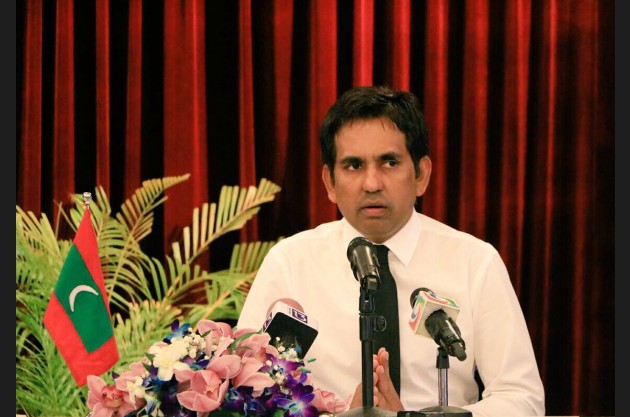 Economic Minister Mohamed Saeed: the Ministry recently revealed this years’ MIF will not be held in Qatar — Photo by: twitter

Ministry of Economic Development says this year’s Maldives Investment Forum (MIF) will not be held in Qatar, as previously planned.

Maldives earlier this year, severed diplomatic ties with Qatar. However, as per Foreign Minister Dr. Mohamed Asim, this severance did not apply to economic ties.

Speaking to RaajjeMV Deputy Minister at Economic Ministry Adam Thaufeeq said the Ministry had passed not to hold MIF in Qatar. He said they were exploring other avenues such as Germany or Dubai. A destination, he said will be revealed later on.

While the Forum is slated for November, the exact date, he said, will be revealed once the destination is fixed.

Maldives quickly followed Saudi Arabia and a coalition of other Arab nations in severing ties with Qatar.