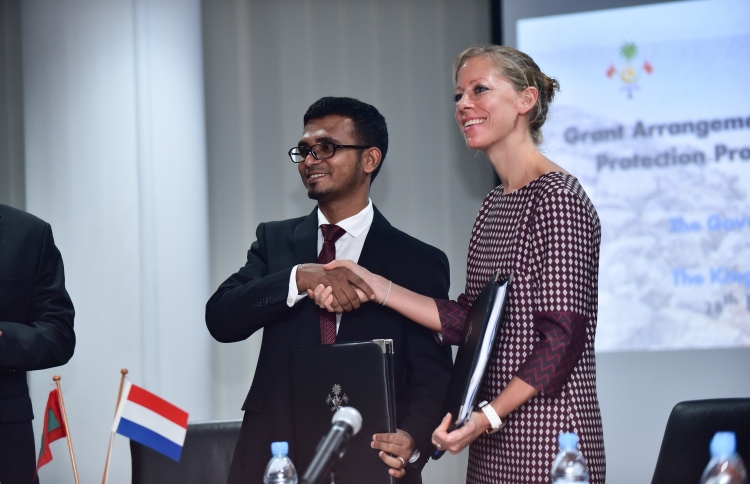 At a ceremony held Monday, the grant agreement was signed by finance minister Ahmed Munawar and the deputy head of mission at the Embassy of Netherlands in Sri Lanka, Eva Woersem. The ceremony was also attended by Fuvahmulah MP Abdullah Maseeh, the parliament speaker.

According to Munawar, the Fuvahmulah coastal protection project is estimated to cost USD 25.5 million, which includes the USD 10.7 million grant from RVO and a loan obtained from the Kuwait Fund. The loan agreement with Kuwait Fund was signed in July this year.