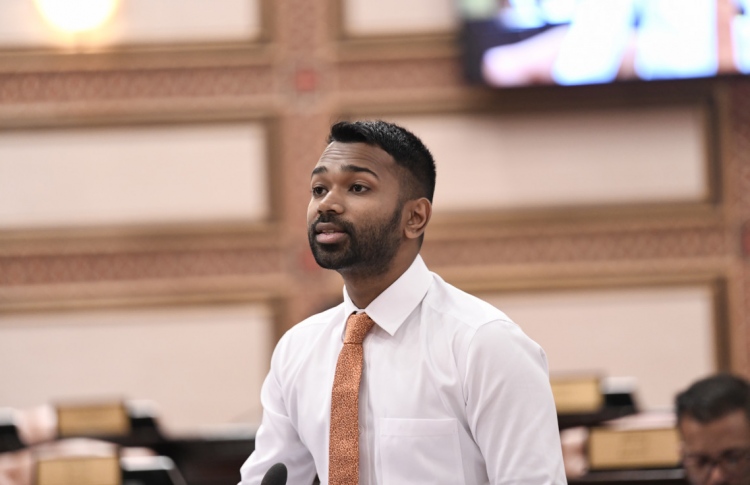 Parliament Representative of Galolhu South Constituency of capital Male’ MP Meekail Ahmed Naseem, on Sunday, submitted an amendment to the Parliament, seeking to nullify parts of the Sexual Offences Act (17/2014).

According to Meekail, the reason for submitting this amendment is to reduce the evidence against victims, and therefore, reduce the chances for rapists to dodge conviction.

Meekail proposed to axe Article (c), (d) and (e) of Section 53, which lists the evidence against the victim accepted by authorities.

The law states that “any of the following circumstances shall be considered as evidence and may be used to deny accusations in relation to the offence of rape, or sexual injury or sexual assault”:

As per article (c), the court may find the victim’s testimony to be false, or a possibility of falsehood, based on the victim’s character or the discipline that the victim demonstrates.

Article (d) refers to the court’s ability to decide that the incident is likely to not have taken place, having reviewed both parties’ accounts over the event.

Finally, article (e) states that the court may consider the relationship between the parties, and transactions that have taken place between them prior to the accusation, and determine that it is therefore unlikely that the offence would have taken place.

However, given the nature of the crime and existing societal attitudes, prominent lawyers have raised the issue on the aforementioned points, claiming these can negatively impact the victim’s ability to pursue a legitimate case. Advocates argue that placing the onus on a traumatised victim rather than the alleged perpetrator, with the added burden of stigma, to prove whether a sexual crime occurred, would discourage people from coming forward and holding offenders accountable.

The amendment to completely abolish part of the Sexual Offences Act was proposed at a time when public outrage is high. This follows alleged misconduct by authorities in releasing suspects arrested over a case, that security forces insist is “sexual assault”, although several media outlets have reported the victim’s story as a rape case.

Human Rights Commission of Maldives (HRCM) and the Parliamentary Committee on Human Rights and Gender have also begun investigations into the questionable case.